About the Feast of St. Nicholas

The Catholic Encyclopedia notes the following about him:
Bishop of Myra in Lycia; died 6 December, 345 or 352. Though he is one of the most popular saints in the Greek as well as the Latin Church, there is scarcely anything historically certain about him except that he was Bishop of Myra in the fourth century.
Some of the main points in his legend are as follows: He was born at Parara, a city of Lycia in Asia Minor; in his youth he made a pilgrimage to Egypt and Palestine; shortly after his return he became Bishop of Myra; cast into prison during the persecution of Diocletian, he was released after the accession of Constantine.
The relics of St. Nicholas are now kept in Bari, Italy at Basilica San Nicola.

As for customs, within Central and Northern Europe, particularly Holland where today is known as “Sinterklaas” (i.e. St. Nicholas), this feast is marked by various customs both on the eve of St. Nicholas’ feast day and also the day itself. To this day, the figure of “Sinterklaas” in many of those countries is still vested as a bishop:
Fr. Francis X. Weiser in the Handbook of Christian Feasts and Customs details a bit of the tradition surrounding Sinterklaas in that part of the world:
In many parts of Europe children still receive his “visit” on the eve of his feast. Impersonated by a man wearing a long white beard, dressed in the vestments of a bishop, with mitre and crozier, he appears in the homes as a heavenly messenger. Coming at the start of Advent, he admonishes the children to prepare their hearts for a blessed and holy Christmas. He examines them on their prayers. After exhorting them to be good, he distributes fruit and candy and departs with a kindly farewell… 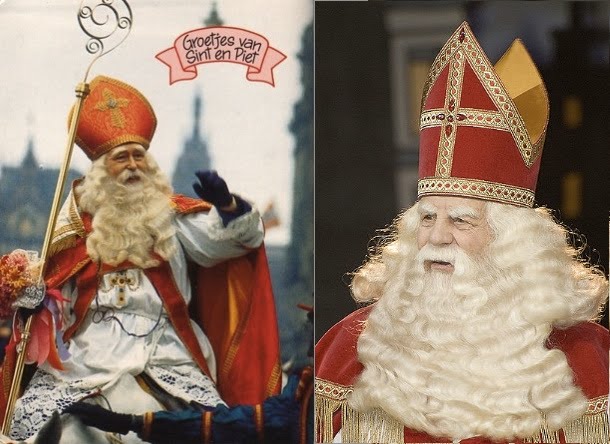 system closed September 21, 2017, 7:15pm #2
DISCLAIMER: The views and opinions expressed in these forums do not necessarily reflect those of Catholic Answers. For official apologetics resources please visit www.catholic.com.