Are US cities seeing a surge in violent crime as Trump claims?

Is this article on the right track?

Are US cities seeing a surge in violent crime?

President Trump sends federal agents to some US cities to tackle crime, but is there really a spike?

Take anything Trump says with a grain of salt.

Moreover, there were 406 “shooting incidents” in Chicago during the month of July 2020, an increase of 75 percent “from the 232 last July,” the Chicago Sun-Times reported.

. . . . Lightfoot did not mention that the Chicago area already has an “assault weapons” ban via a Cook County ordinance. Nor did she mention background checks are a federal requirement, mandated for all retail gun sales in every state of the Union, whether that is Illinois, Indiana, Wisconsin, or California.

The mayor also failed to noted that her state, Illinois, requires everyone to obtain a Firearm Owners Identification (FOID) card before being allowed to possess a gun, and the process for obtaining that card includes a background check.

Poll: 85 Percent of Voters Say Crime Is a ‘Serious’ Problem in America

Poll: 85 Percent of Voters Say Crime Is a 'Serious' Problem in America

The vast majority of registered American voters say crime is a "very serious" or "somewhat serious" problem in the U.S., a survey reveals.

“Reports of shots fired were recorded around 11:15 p.m. in the 600 block of NE 87th. Police rushed to the scene and close [sic] NE 87th north of Glisan in the Montavilla neighborhood,” according to KOIN. . . .

. . . Data from the bureau reportedly showed the number of shootings in Portland more than doubled in June and July compared to last year, according to Fox 12.

The outlet spoke to a woman recently who said someone shot five times through her bedroom while her two young grandchildren were inside.

“I felt something go past my head,” Jaime McKay told the outlet.

“This is just one of the many shootings that’s happened in Portland since the PPB’s Gun Violence Reduction Team disbanded July 1,” Fox 12 noted.

There have been 22 deaths since May fourth and 15 deaths in July alone, PPB Chief Chuck Lovell said at a press conference Thursday. . . .

Over 150 bullets were fired outside a Portland apartment building Friday, hitting eight apartments, seven vehicles, and wounding a woman.

The crime rate is more nuanced than that. Don’t pull out one month:

"(CHICAGO) — Homicides and shootings have surged in Chicago during the first seven months of the year.

From Jan. 1 through the end of July, there were 440 homicides in Chicago and 2,240 people shot, including many of those who were killed, according to statistics released Saturday by the police department.

There were 290 homicides and 1,480 shootings, including people who were killed, in the first seven months of last year.

July was especially violent, as the city recorded 105 homicides and 584 shootings. Among them was a 9-year-old boy who was killed Friday when someone opened fire in the direction of a number of people, including him and his friends, according to police.

Despite the increase in violent crime, overall crime, which includes violent crimes, burglaries and thefts, was down 9% compared to the same period last year. The decrease was driven by a 26% decline in thefts and a 19% decline in sexual assaults, police said." 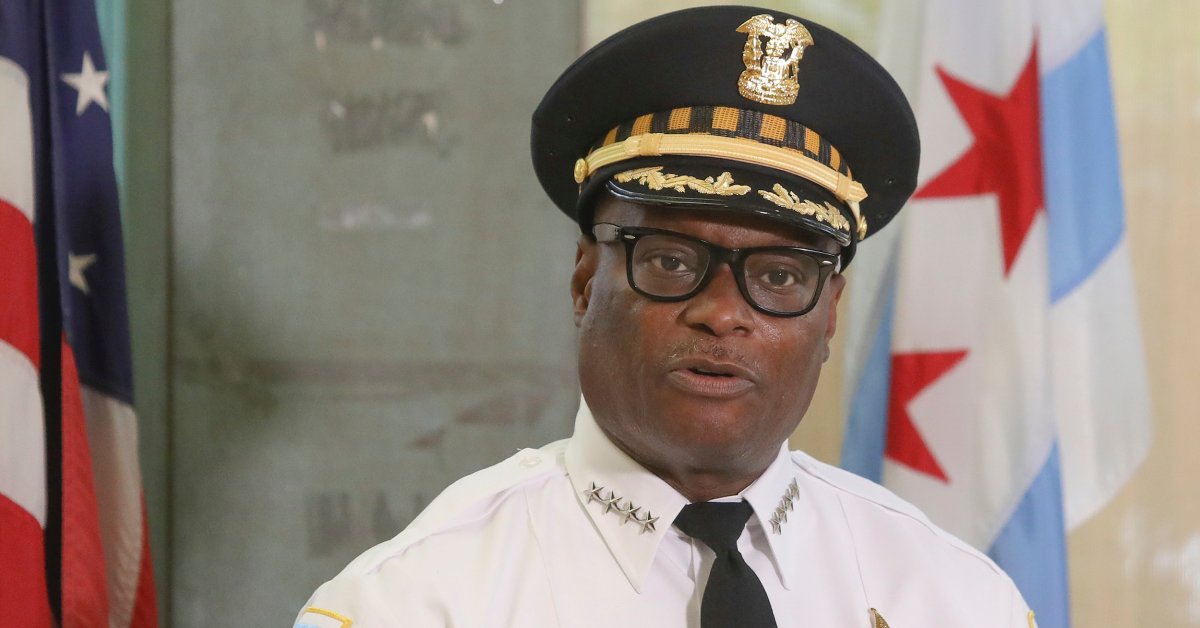 Chicago Homicides and Shootings Surged in the First Half of 2020

From Jan. 1 through the end of July, there were 440 homicides in Chicago and 2,240 people shot

During an interview aired on Friday’s broadcast of the Fox Business Network’s “WSJ at Large,” Border Patrol Chief Rodney Scott stated that thanks to a partnership between state and federal authorities in Portland, Thursday night was the first time “in over two months that federal agents didn’t face a direct and immediate threat of being burnt alive inside that federal building.”

Scott said that Thursday night “was the first time…in over two months that federal agents didn’t face a direct and immediate threat of being burnt alive inside that federal building. The reason for that was because the state stepped up and partnered with us and actually took away the ability for the anarchists and these violent individuals to attack the federal building and the courthouse at will from a park across the street from city property. . . .

. . . He also said, “[W]hen I say burn down, the fireworks that you’ve heard about being aimed at our personnel, those are commercial grade. Those were the equivalent of the fourth of July fireworks you see in your cities, that go hundreds of feet up in the air, aimed directly at our personnel.”

During an interview aired on Friday's broadcast of the Fox Business Network's "WSJ at Large," Border Patrol Chief Rodney Scott stated that thanks to a | Clips

Protesters flocked to the Justice Center and the federal courthouse in Portland again on Friday night, lighting fires and burning American flags and Bibles in the streets.

According to the Portland Police, which did not engage with demonstrators, the crowd lit several fires, including a large bonfire in the middle of the street in front of the federal courthouse. One video shows protesters feeding a small fire with Bibles, which were engulfed in flames . . .

Protesters flocked to the Justice Center and the federal courthouse in Portland again on Friday night, lighting fires and burning Bibles in the streets.

Luckily, D.C. has prioritized and has a handle on this pressing, violent surge, and is quickly handcuffing, arresting, and taking away the most violent criminals.

Just weeks ago D.C. Mayor Muriel Bowser painted the streets of Washington, D.C. with a powerful slogan, “BLACK LIVES MATTER,” and then allowed activists to paint, with permanent paint, additional messages like “Defund the Police.” In doing...

Why, this could almost be a double standard…

I would say there is a surge of violence but I don’t see why he’s bringing it to everyone’s attention, given that it’s happening under his watch and his name is on buildings in some cases. He’s sent federal agents before without much success but maybe I’m wrong.

Despite the increase in violent crime…

This is the definition of a surge in violent crime.

A man who walked bleeding into Lincoln Hospital in the Bronx Saturday pushed NYC’s total number of shootings this year to 777 — topping the 776 recorded in all of last year, NYPD data c…

This is the definition of a surge in violent crime.

An increase is a ‘surge’? That’'s news to the statisticians.

Let’s not make political hay out of human tragedy as to violent crime.

An increase is a ‘surge’? That’'s news to the statisticians.

Almost a 4th of the homicides for the year were in July.

Chicago, murders up 139% and another child killed. 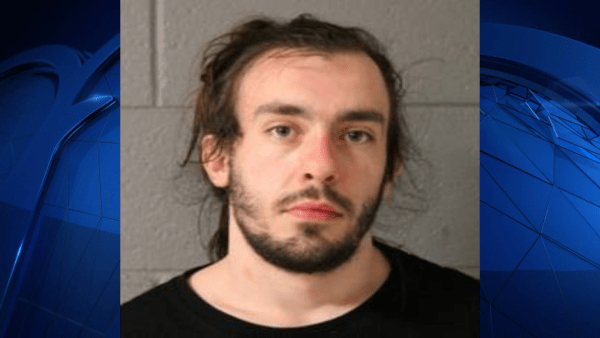 An employee at a Chicago Dunkin’ location was arrested Friday, one day after an Illinois state trooper discovered saliva inside a cup of coffee, state police said. Vincent Sessler, 25, was charged with disorderly conduct, reckless conduct and battery...

I’m a bit surprised this is only a misdemeanor charge and restaurants have been sued over stuff like that, he jeopardizes the whole business.

Chicago, murders up 139% and another child killed.

Is that an increase or a surge?

Is that an increase or a surge?

You ever heard the tale of the blind men examining an elephant? Don’t let a snapshot period make wide conclusions.

Yes I think so. In my area there have been shootings or shots fired several times a week within 5 miles of where I live. Last year there were just a few.

Is this article on the right track?

I do not think so based on this. From the article:

President Donald Trump has said US cities are seeing a spike in crime, as he sends in federal law enforcement agents to tackle the situation.

We’ve looked at violent crime, and found it’s down overall in many cities, but murders have risen sharply in some.

So I do not see where in the article Trump made the claim, not is there anywhere that links the this supposed statement with the reason he sent in various federal agents.

BLM is engaging in extortion:

It sounds like the modus operandi of the Black Panthers in cities like San Francisco in the 70s.

These organizations make a big show of being political, but they almost always devolve the short distance down into being a common criminal street gang.

We’re in the midst of a pandemic, we’re a country where no one trusts or respects each other, there’s racial division, our economy is in the toilet, and it’s summer so people are hot. It would be something if there wasn’t a surge in violent crime right now.

5 Likes
next page →
DISCLAIMER: The views and opinions expressed in these forums do not necessarily reflect those of Catholic Answers. For official apologetics resources please visit www.catholic.com.