At least one person has been killed and fifteen others injured after multiple gunmen opened fire near a synagogue in Austria’s capital of Vienna.

They later confirmed there were now six different shooting locations across the city in an ongoing incident. 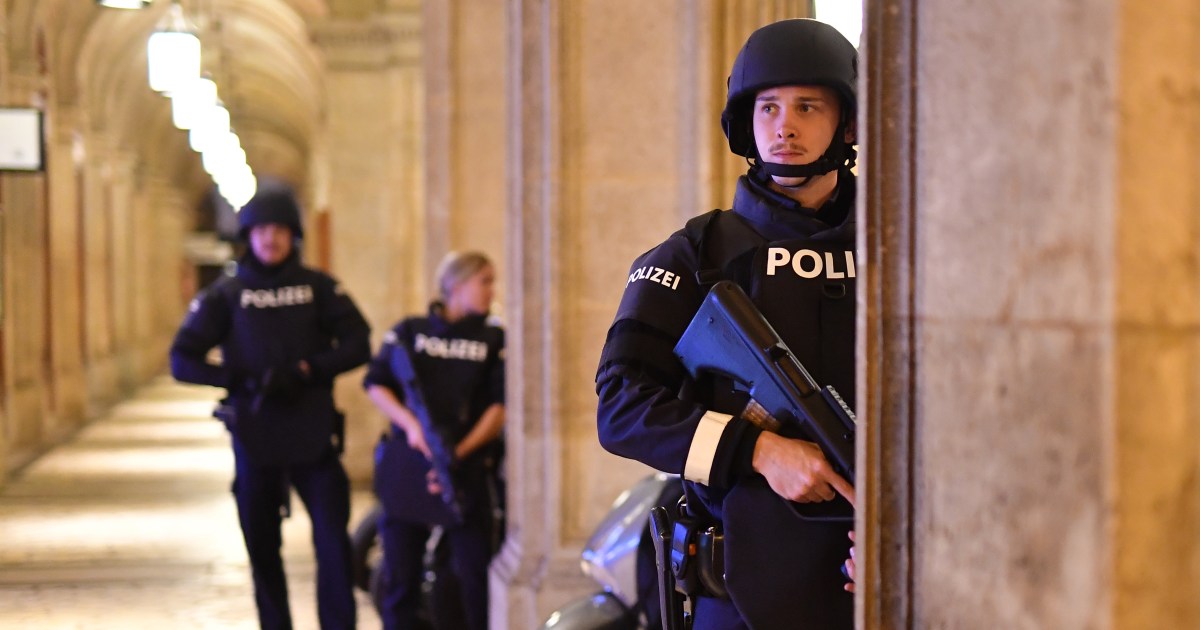 Austria: At least one killed, several wounded in Vienna shooting 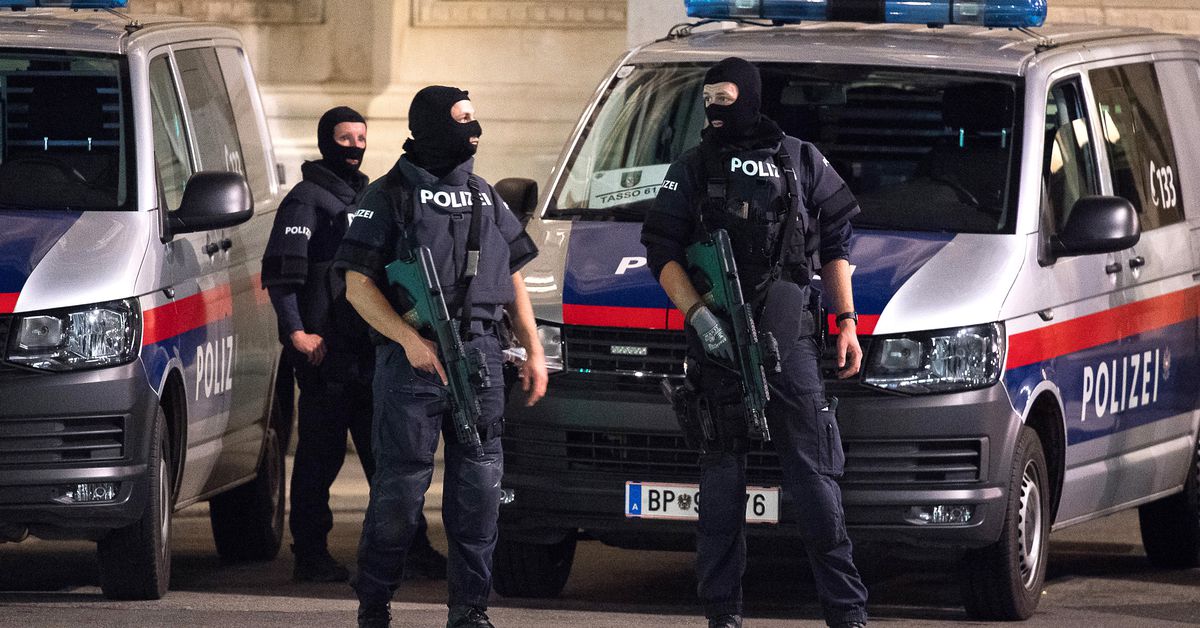 @OddBird are you near there?

Prayers this is stopped asap

It is now being called a terrorist act

Two people are dead, including an attacker, after a shooting at six different locations, police say.

*A large area has been cordoned off as police search for the other gunmen. *

The city’s mayor said 15 people had been wounded, seven of them seriously. Among the injured is a police officer, according to reports.

The shootings took place near the central synagogue but it is not yet clear if that was the target.

Our police will act decisively against the perpetrators of this hideous terrorist attack. We will never allow ourselves to be intimidated by terrorism," he said. 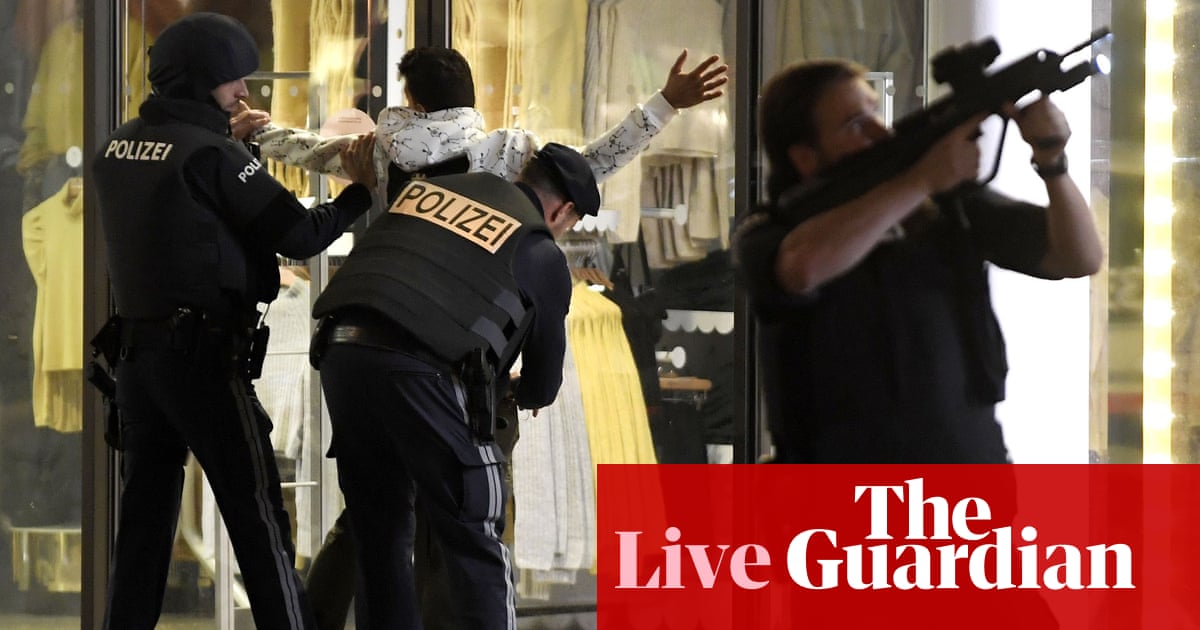 Vienna terrorist attack: three dead, including one suspect, in Austria...

One suspect remains at large on the streets of Vienna after police confirmed shootings at six different locations near a synagogue on Monday evening with three people dead.

Thanks Ian for keeping it updated

Such a sad case. Prayers said.

Terror in the heart of ViennaAt least five dead, 17 injured: perpetrator sympathized with IS, several arrests

17 people were injured, some seriously, by gunfire in the city center. The apartment of the killed IS sympathizer was blown open. The police assume that there are other perpetrators, and investigations are being carried out around the attacker who has been investigated. The Viennese should continue to stay at home

08.06 a.m., 03 November 2020
Now the terror has also arrived in Austria, in the heart of Vienna. Shortly after 8 p.m. on Monday evening, the first shots were fired in Seitenstettengasse near Schwedenplatz and the synagogue. According to initial reports, several men with long guns and pistols shot at random at passers-by and local visitors. Three civilians were killed, as was a suspect who was found to have an assault rifle, lots of ammunition and apparently an explosives belt.

German Chancellor Angela Merkel was shocked by the attack in Vienna. “During these terrible hours when Vienna has become the target of terrorist violence, my thoughts are with the people there and the security forces who are countering the danger,” Merkel explained on Tuesday on Twitter.

“We Germans stand by our Austrian friends in sympathy and solidarity,” she continued. “Islamist terror is our common enemy. The fight against these murderers and their instigators is our common fight.”

The Islamic Faith Community in Austria (IGGÖ) was “deeply concerned and stunned” after the terrorist attack in Vienna. “Our thoughts are with those affected, their families and the emergency services during these hours. May you survive the operation safely,” said a statement on Facebook on Tuesday.
7.52 a.m.: 20,000 videos were sent to the police

More than 20,000 videos were sent to the police for viewing, 20 percent of which have already been viewed and evaluated. The police had previously called on the population to upload information to a specially set up platform. Upload it here!

Another fatality is to be mourned after the attack in Vienna. As Interior Minister Karl Nehammer (ÖVP) confirmed, a woman between the ages of 40 and 50 died in the Ottakring Clinic - the former Wilhelminenspital.

The attack on Monday evening initially cost four people - two women and two men - their lives. One or the perpetrator was shot dead by the police. It is still unclear whether the identified IS sympathizer had accomplices. As the spokesman for the interior ministry, Harald Sörös announced, the authorities assume a maximum of four perpetrators. The investigation is “in full swing,” it said.

The city center of Vienna can be reached again by public transport on Monday evening after the terrorist attack. Wiener Linien has been on the road again without restrictions since operations began on Tuesday, the company announced. All stations - including those in the city of Vienna - were approached again. That was agreed with the task force in the Interior Ministry, according to a spokesman.

6 a.m .: Condition of the policeman is critical but stable

The health of the policeman injured in the terrorist attack in Vienna was still critical Tuesday morning, but stable. That said the spokesman for the Vienna Health Association, Christoph Mierau. The seriously injured man was treated in the intensive care unit of a Vienna hospital.

After the bloody attack in the center of Vienna Monday evening appoints Chancellor Sebastian Kurz (ÖVP) for Tuesday morning at 9 am a special Council of Ministers by videoconference one.

No, I’m in neighboring Switzerland – but my home country, France, has been hit as well in the past few days.