In a dramatic video shared today by state broadcaster CCTV, a group of Chinese fighter jets is seen hovering across mountains and sea as pilots fired bullets at targets during a combat exercise.

By merely asking for an independent inquiry, Australia is now being pummelled by the CCP.

Chinese mills have been told to stop buying Australian cotton, industry bodies say, while government insiders warn that new trade tariffs might be on the way.

Canada is cowing to the CCP because they’re holding 3 Canadian hostages. And now threatening Canadians in Hong Kong. Got to love big business and their amoral ways.


This is a video because they didn’t bother with writing an article.

Watch ‘No BC for Xi’ campaign tracking candidates Video Online, on GlobalNews.ca 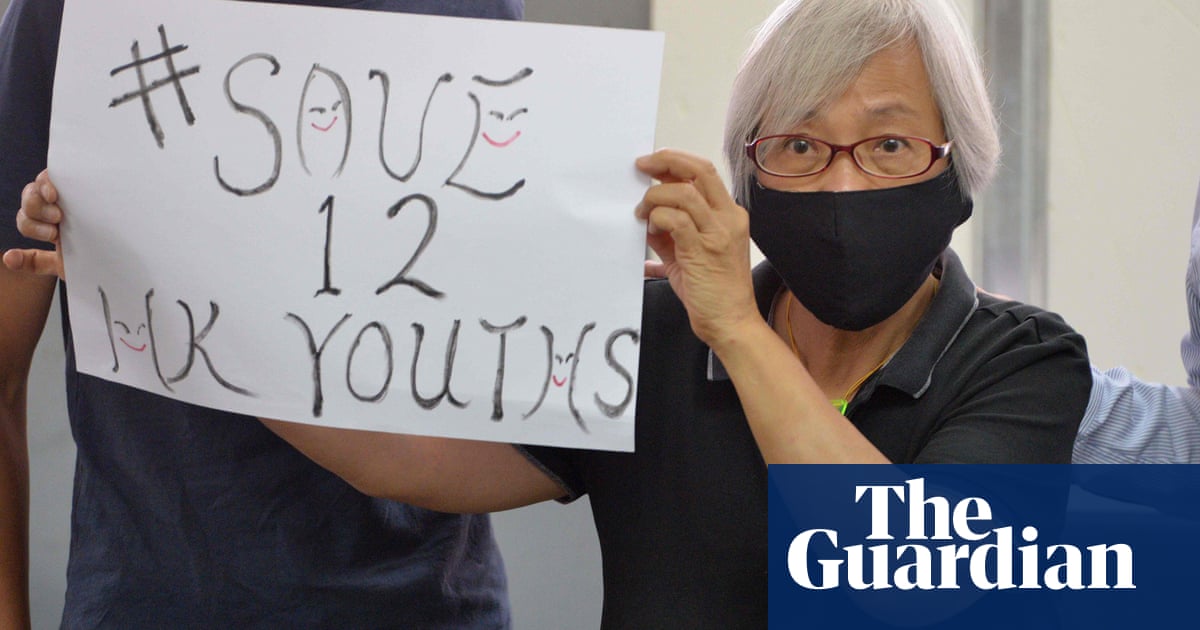 Hong Kong protester 'Grandma Wong’: I was held in mainland China for 14 months

Sixty-four-year-old vows never to give up fighting, even as she describes forced confessions and detention without trial


Oh, Finland protecting it’s own citizens is now considered “interference”. Of course, when Orwell was coming up with newspeak in his novel, he probably had China along with other totalitarian regimes for inspiration.
China is threatening everyone left and right. I guess the CCP is too used to threatening its enslaved population to get them to comply that they’ve lost the ability to understand how threat-free persuasion works.

Cheng Lei: Why has an Australian TV anchor been detained by China?

The disappearance of high-profile presenter Cheng Lei has shocked her family and strained relations.

To millions of viewers, Cheng Lei was the face of China’s state-run English news service, tasked with delivering the tightly-scripted “China story” around the world.

The respected business journalist - an Australian citizen based in Beijing - was a polished presenter on CGTN (China Global Television Network), and had been growing her brand with a light-hearted cooking show on the state media channel.

But last month Ms Cheng suddenly disappeared from screens and ceased all contact with friends and family. Her profile and interviews were wiped from CGTN’s website.

To observers, Ms Cheng had been a model state TV presenter adept at staying within boundaries. In presenting a business programme - in which she interviewed bosses of the world’s biggest companies and trade ministers - she was often shielded from politics. But she had also been trusted to helm coverage of major national events.

With no known transgressions against the Chinese state, her detention has left friends and family shocked and confused, and facing the limbo of China’s legal system, in which people can be detained for months with no charge.

I mentioned this earlier in a different thread:
I can’t remember which article contained it but some demographers are speculating China is lashing out now because the pandemic created a better window of opportunity to flex its muscles.

They would have done it regardless of the pandemic because these demographers suspect like many stats from China are unreliable, the population may actually be shrinking right now and its birth rates are much lower than claimed. That means fewer recruits for its army. It’s also why demographers suspect the PRC started a desperate campaign to encourage people to have more babies, which has failed. Modern demands of careers and lopsided gender balance are behind this.

And unlike Western countries that can use immigration, immigrants don’t particularly like the abusive attitudes of a totalitarian regime. So the communists won’t even have that. And given the recent racist incidents towards Africans, China has shown it’s hostile to foreigners. And people from the Middle East aren’t too keen on China given the concentration camps for Uighurs.

China’s century? Probably not according to these demographers.

It’s not that article but I think they were thinking of what’s already happening in Japan:

Japan's Declining Population Could Prevent It From Being A Military...

Over a third of Japan's population is 55 or older.

Just one of these, and we have 18, can shut China down.