Chiropractor and Accidental Exposure to the Occult?

Hey everyone! It was suggested to us that we take our nine month old son to the chiropractor to help him with some health issues.

At our first appointment, one of the tools they used was this electric stick that lit up when held which seemed strange to me. She explained that it was some form of energy that could reveal which parts of the body need healing. She did not use it again for the second appointment. We have only had two appointments so far with a few more scheduled.

Today I went on their website and read they use Kinseology and also discovered today that this was a form of occult and a sin. I feel soooo sick to my stomach that I exposed my son to this. I will be going to confession this week.

However I’m curious, is chiropractic care in general sinful? What if I told her not to use the kinseology or that energy stick? Would it be okay then? It seemed to helped my son with his posture, and neck turning, so I’d like to continue if it was not offensive to God.

I attached a pic of a paragraph from their website. Which parts of this are sinful? Any help would be so greatly appreciated!

Thank you all so much!

I suggest you take your son to your priest and ask for a special blessing or even the Sacrament of Anointing. What you describe is akin to certain aspects of witchcraft, especially the exercise of energy work and divination. No doubt that malign effort was disguised by modern technology as to hide the true intention whereby the “witch” carries out her ritual for some unknown purpose. Encounters with the occult, especially participation in occult rituals, is certainly not to be taken lightly. Real and lasting harm can result from such encounters. This is why the Church urges so fervently all of the faithful to avoid such practices.

Chiropractors (at least in Australia) do not have to have a degree. So while there are some excellent ones there are many whose medical understanding is questionable (think anti-vaccination, pro essential oils as a cure etc)

Physiotherapists need to have a degree and often obtain a specialist Masters. They are also held to standard by the Australian Medical Board. I assume you would have a similar code in the US.

Purely from a health point of view I would stay clear.

Have you tried a developmental pediatrician? Or a physiotherapist who specialises in child development?

I just wikied this and found this
In 1886, Swedish baron Nils Posse (1862-1895) introduced the term Kinesiology in the U.S.A., 1894 he wrote the book “The Special Kinesiology of Educational Gymnastics”. Nils Posse was a graduate of the Royal Gymnastic Central Institute in Stockholm, Sweden and founder of the Posse Gymnasium, Boston, MA.

Royal Central Institute of Gymnastics (sv) G.C.I. was founded 1813 in Stockholm, Sweden by Pehr Henrik Ling. It was the first Physiotherapy School in the world, training hundreds of medical gymnasts who spread the Swedish physical therapy around the entire world. In 1887, Sweden was the first country in the world to give a national state licence to physiotherapists/physical therapists.[76]

The Swedish medical gymnast and kinesiologist Carl August Georgii (sv), Professor at the Royal Gymnastic Central Institute GCI in Stockholm, was the one who created and coined the new international word Kinesiology in 1854.[76]
The term Kinesiology is a literal translation to Greek+English from the original Swedish word Rörelselära , meaning “Movement Science”. It was the foundation of the Medical Gymnastics, the original Physiotherapy and Physical Therapy, developed during 100 years in Sweden (starting 1813).[76]

The new medical therapy created in Sweden was originally called [Rörelselära], and later in 1854 translated to the new and invented international word “Kinesiology”. The Kinesiology consisted of nearly 2,000 physical movements and 50 different types of massage therapy techniques. They were all used to affect various dysfunctions and even illnesses, not only in the movement apparatus, but also into the internal physiology of man. Thus, the original classical and Traditional Kinesiology was not only a system of rehabilitation for the body, or biomechanics like in modern Academic Kinesiology, but also a new therapy for relieving and curing diseases, by affecting the autonomic nervous system, organs and glands in the body.
I can not see how it is a sin or part of witch craft can you provide a link to where it states it to be? I would think hard about this if it is helping your son then I would want to understand it better.

I can not see how it is a sin or part of witch craft can you provide a link to where it states it to be? I would think hard about this if it is helping your son then I would want to understand it better.

This. Where is the connection to the occult? You’ve made no attempt to back up that claim.

Quackery, but not necessarily occult. I would not spend a dime on this phony practitioner. Take your child to the best medical doctor you can find.

If chiropractic was legit, regular universities would offer it. Try reading about it on a website called https://www.chirobase.org. I personally wouldn’t set foot in a chiropractor’s office. Do you want someone with questionable “medical” training messing with your spine? I especially wouldn’t let one near a tiny child. Just my 2 cents.

You were mislead. Most chiropractors are competent healers, but it is not a regulated profession like medicine. It is far easier for quacks to sneak in dubious or useless treatments like your wellput “electric stick”. Some treatments may also be dangerous for the fragile body of an infant.

When your son was baptized, a prayer of deliverance was said over him to cast away Satan and any unclean forces. Simply move on and learn from the experience, and trust that Lord grace is more powerful than an “electric stick”!

Curious, do you really think that some chiropractors are competent healers? What do you base that on?

Who recommended a chiropractor for a 9 month old? It is a controversial profession.

I thought that chiropractors were considered reasonable treatment for skeletal issues. I suppose whether that’s completely true or not I guess I don’t know. (Edit: I was generally correct it seems https://www.webmd.com/pain-management/guide/chiropractic-pain-relief)

They certainly however have absolutely no ability to heal anything not directly caused by those issues.

But neither of these things makes them occult in and of themselves.

In the US, chiropractors have to go to chiropractic college and sit for boards.
Other countries have their own requirements.

That being said, the best scientific data suggests that chiropractic care is good for back pain, but less so for other conditions.

The sacrament of anointing can’t be given to children who have not reached the age of reason, just a heads up.

What scientific evidence of the benefit of chiropractic are you relying on? There is none - - here is a good round-up from the US National Institutes of Health.

Not only is there no benefit - - but the intro states:

"And what about the risks? Prospective investigations into the risks of chiropractic are scarce. The methodologically best studies show that mild, transient adverse effects such as localized pain are experienced by about 50% of all chiropractic patients.11 In addition to such minor events, dramatic complications have been noted with some degree of regularity.12 These complications typically involve upper spinal manipulation, which has been associated with cerebrovascular accidents. To date, it has not been possible to identify risk factors.13 As a result, essentially everyone receiving chiropractic treatment is at risk.'

Quackery, but not necessarily occult. I would not spend a dime on this phony practitioner. Take your child to the best medical doctor you can find.

If chiropractic was legit, regular universities would offer it. Try reading about it on a website called https://www.chirobase.org . I personally wouldn’t set foot in a chiropractor’s office. Do you want someone with questionable “medical” training messing with your spine? I especially wouldn’t let one near a tiny child. Just my 2 cents.

ditto. Chiropractic at best helps with some low back issues. The origins of it are sketchy and there are still a large number of chiros who adhere to the original subluxation theory.

Yes, I thought this was also a good source of info:
https://sciencebasedmedicine.org/the-end-of-chiropractic/

I love the SBM website. This one is also good. there’s a ton of info on it.

An overview of chiropractic controversies like aggressive billing, treating kids, and the risks of neck manipulation. Heavily referenced.

I have back trouble and go to a chiropractor. It has helped me tremendously. There is nothing occult in the care I receive.

I’ll toss in my two cents here. In Canada, chiropractors are as well educated as MD’s. The medical profession won’t sanction them because they don’t want the competition. The Chiropractor I saw for years was a devout Christian and saved me much discomfort with treatments and advice. He also correctly diagnosed my thyroid and blood sugar problems that my own doctor missed. I owe him a tremendous thanks and would not be as healthy as I am today without his kind attention and skill.

Canada does seem to have stricter training requirements than the US, but it doesn’t mean that chiropractic is somehow not quackery north of the border. 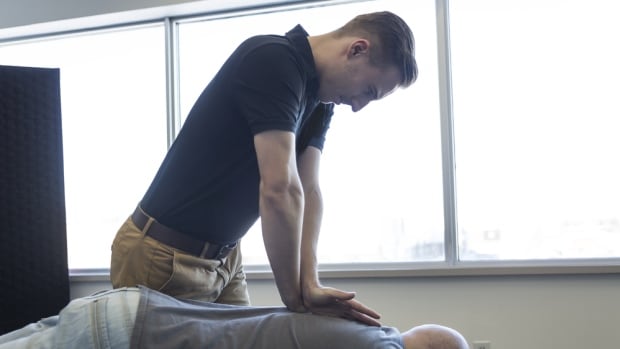 A CBC News analysis of the company websites and Facebook pages of every registered chiropractor in Manitoba found several dozen examples of statements, claims and social media content at odds with many public health policies or medical research. 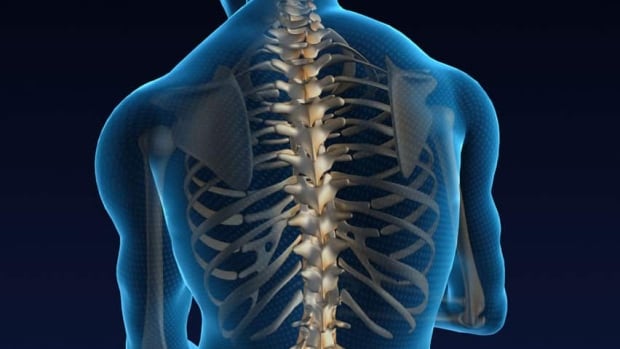 The Manitoba Health Professions Advisory Council says cervical spine manipulations present a risk to the public and says rules surrounding consent, information on risk and averse reactions should be explored. 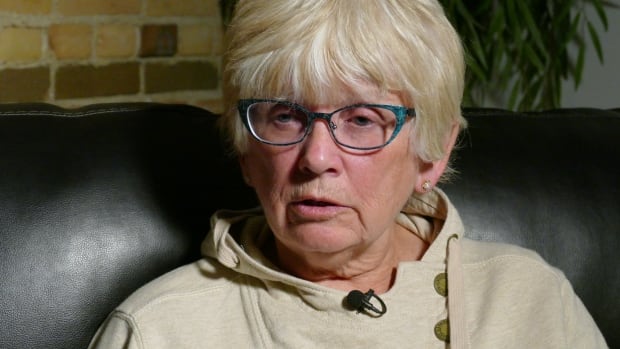 An activist who tried for years to get a copy of a report into chiropractic care in Manitoba says the government was ‘deceitful’ in denying her access to the report.