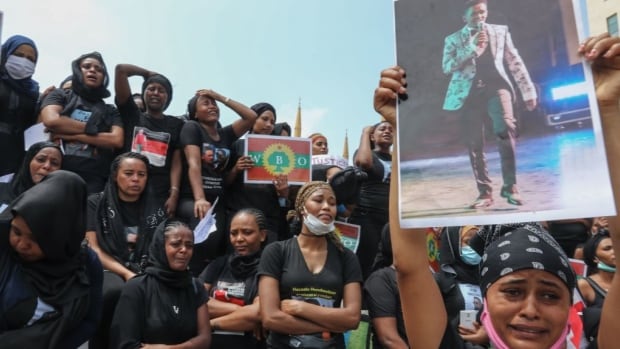 The number of people killed in weeklong protests in Ethiopia following the slaying of a popular singer and activist has risen to 166, according to a regional deputy police commissioner.

Ethiopian police were patrolling the country’s troubled Oromia region and the capital, Addis Ababa, on Sunday, following a week of unrest in which 166 people were killed and more than 2,000 arrested after a popular singer was shot dead.

In Oromia, 145 civilians and 11 members of security forces were killed, Girma Gelam, deputy police commissioner in the region, told the state-affiliated Fana Broadcasting Corporate. Another 10 people were killed in the capital, eight of them civilians.

Last Wednesday, the military was deployed in Addis Ababa after 50 people were killed over two days of unrest.

I read one commentary that said Ethiopia’s president who won the Nobel Peace prize was an Oromo. I have no idea if that is correct.

Talk about crackdowns, this is a real bad death toll. Unthinkable.