Exclusive: The Billionaire Who Wanted To Die Broke . . . Is Now Officially Broke (He gave it all away!)

Exclusive: The Billionaire Who Wanted To Die Broke . . . Is Now Officially Broke

Charles “Chuck” Feeney, 89, who cofounded airport retailer Duty Free Shoppers with Robert Miller in 1960, amassed billions while living a life of monklike frugality. As a philanthropist, he pioneered the idea of Giving While Living—spending most of your fortune on big, hands-on charity bets instead of funding a foundation upon death. Since you can’t take it with you—why not give it all away, have control of where it goes and see the results with your own eyes?

“We learned a lot. We would do some things differently, but I am very satisfied. I feel very good about completing this on my watch,” Feeney tells Forbes . “My thanks to all who joined us on this journey. And to those wondering about Giving While Living: Try it, you’ll like it.”

Over the last four decades, Feeney has donated more than $8 billion to charities, universities and foundations worldwide through his foundation, the Atlantic Philanthropies. When I first met him in 2012, he estimated he had set aside about $2 million for his and his wife’s retirement. In other words, he’s given away 375,000% more money than his current net worth. And he gave it away anonymously. While many wealthy philanthropists enlist an army of publicists to trumpet their donations, Feeney went to great lengths to keep his gifts secret. Because of his clandestine, globe-trotting philanthropy campaign, Forbes called him the James Bond of Philanthropy . 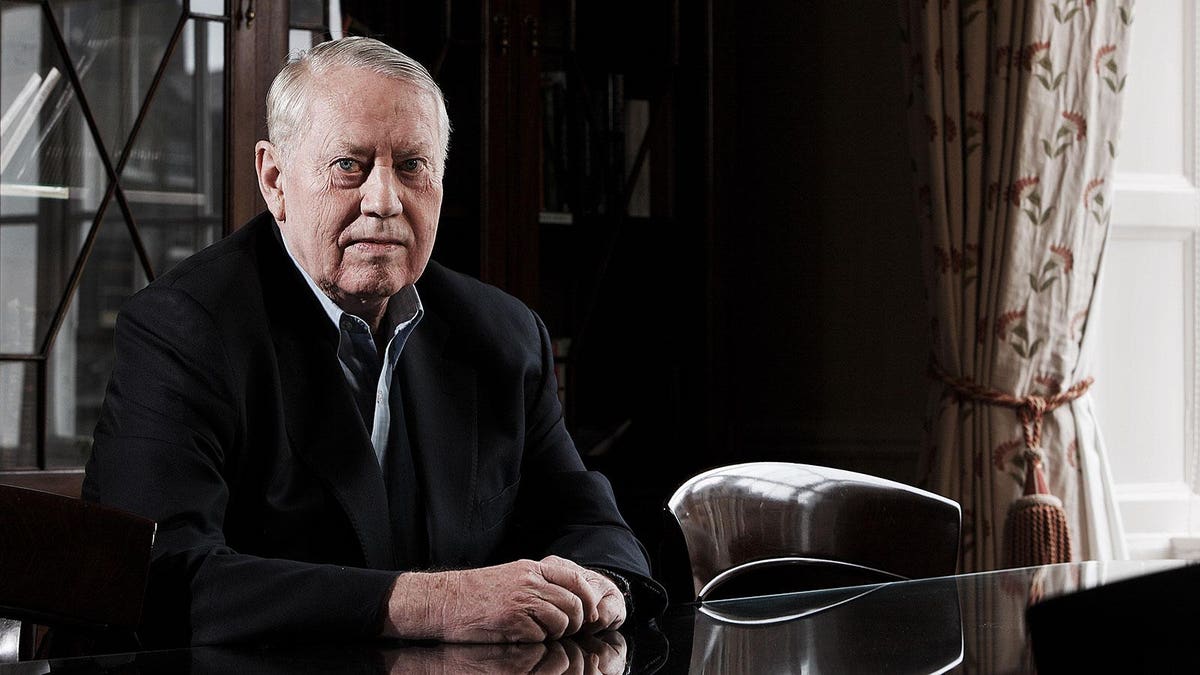 Exclusive: The Billionaire Who Wanted To Die Broke . . . Is Now Officially Broke

It took decades, but Chuck Feeney, the former billionaire cofounder of retail giant Duty Free Shoppers has finally given all his money away to charity. He has nothing left now—and he couldn’t be happier.

I know little more than what is in the article. I see little or nothing on religion. It appears he was born in the US… but has Irish ancestry. Okay, did have some Catholic schooling. Little mention of religion though.

Charles Francis Feeney (born April 23, 1931) is an Irish-American businessman and philanthropist who made his fortune as a co-founder of the Duty Free Shoppers Group. He is the founder of The Atlantic Philanthropies, one of the largest private charitable foundations in the world. Feeney gave away his fortune in secret for many years, until a business dispute resulted in his identity being revealed in 1997. Feeney has given away more than $8 billion. Feeney was born in New Jersey during the Great...

I think Gates and maybe Warren Buffet are mentioned in the above. I have problems placing Gates into charity, though, I am sure they do a lot of that to positive sources, they seem into population control too and that I question.

If he kept 2 million for him and his wife to retire on, he’s not exactly “broke”. He’s just about normal.

It’s still a good thing he did. Assuming he gave it to moral causes, and not Planned Parenthood or other questionable places.

If Feeney gave the money away anonymously then how do we know about this?

It says his name was revealed during a business dispute in 1997.The second article.