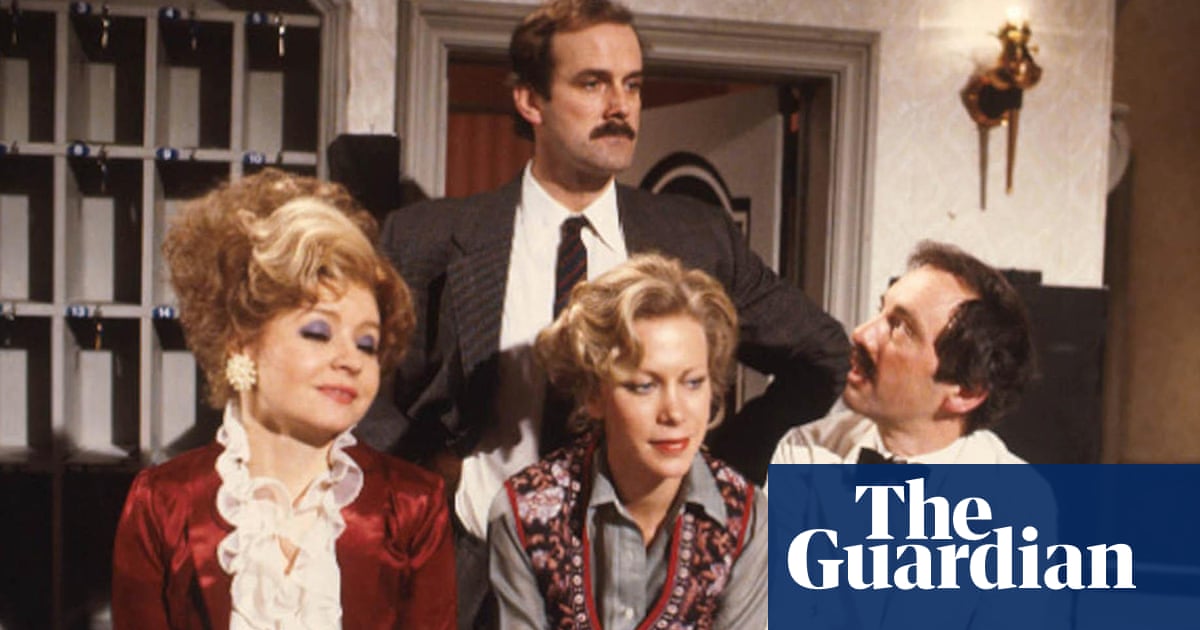 
"Threats to freedom of speech, writing and action, though often trivial in isolation, are cumulative in their effect and, unless checked, lead to a general disrespect for the rights of the citizen. "
George Orwell (Eric Blair)
George Orwell (1998). “It is what I think, 1947-1948”, Martin Secker & Warburg Ltd
ATraveller June 13, 2020, 7:28am #2

Never watched an episode in my life (too young and different country) but I’m aware many who have point out the offensive bits were making fun of the racists.

Fortunately there are lots of other places to see it. That was one of the funniest episodes. Particularly the talking moose part. Loved that show.

Oh, look, they’ve re-instated it already. With trigger warnings.
Such silliness.
If they’re that worried about -isms during Fawlty Towers, they would need to remove the whole series because Basil pretty much abused Manuel for being Spanish and not speaking good English in every episode. 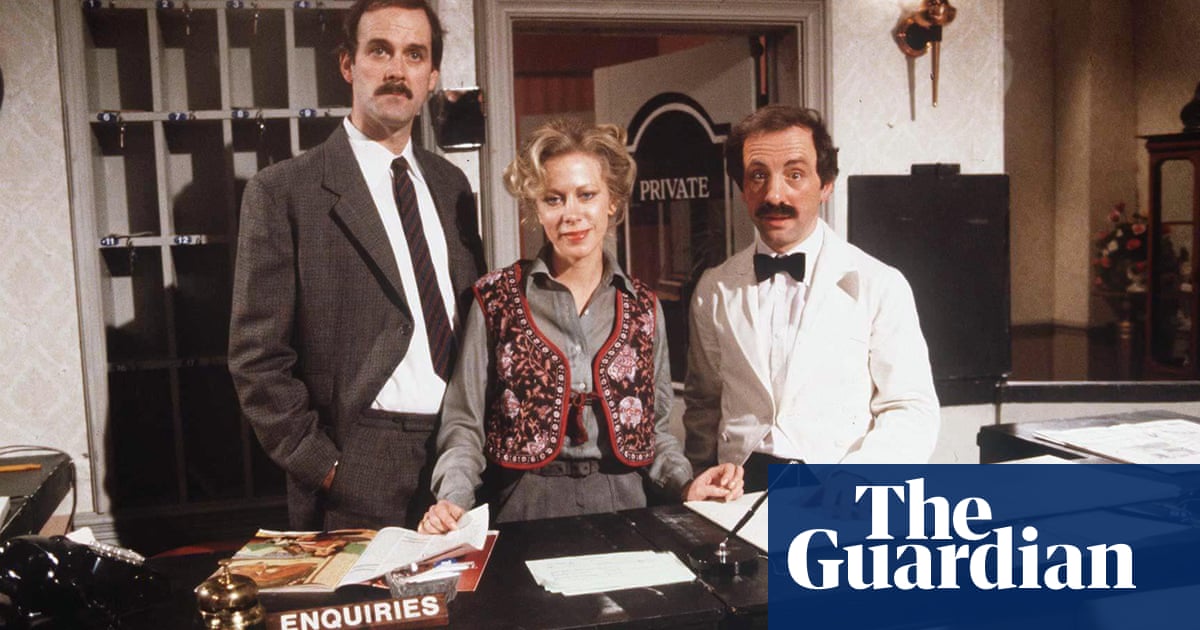 I think this is the video, for the curious

This is very silly indeed. Fawlty Towers also has an episode with Irish builders which is played, as normal for the show, tongue in cheek. It is playing with popular stererotypes not endorsing them.

Basil Fawlty is analogous to Archie Bunker - whatever he is saying, you can be sure the writers of the show thought the opposite.

Correct. But of course, you couldn’t make or air a TV show like “All in the Family” today either.

Exactly, although Archie is derived from his British original Af Garnett and the same problem hit that show as hit the US material. The audience didn’t always get that Alf was meant to be laughed at and not agreed with. On the other side of the coin I’ve watched some of the shows Archie appears in and he is on the whole more likeable than Alf. He talks a lot of noise but he is not workshy as Alf was and he also softened over time to a degree Alf didn’t, although Alf has some redeeming traits. Archie was deliberately softened and I know he ended up with a foster daughter who was Jewish as the show went on. Archie is not terribly unlike many blue collar working men I can recall in my own family and the noisy verbal theatrics and waffle often was rather different from how they really would behave. I think Archie actually emerges as a more rounded character ultimately than Alf as he evolved. I’ve seen the episode where his wife dies and that is heartwrenching and Archie essentially behaves exactly as my father did when my mother died in that episode. He is not used to dealing with his own emotions and they overwhelm him. You just DID NOT show your emotions as working class man in that generation much, it wasn’t done. Stoicism was the order of the day.

Basil Fawlty is so over done and ludicrous it is plain he is a piece of satire as much as a character. If we are going to engage in virtual iconoclasm of this sort it is going to get very ridiculous very quickly.

Not as a live action show anyway, you can kind of get away with edgy stuff or stuff that highlights the idiocy of both sides of a debate in animated material, at least for now.

Oh yeah, “Family Guy” and its ilk put stuff on air all the time that would never be permissible in any other context.

The double standards in TV are completely ridiculous. This is one reason why for about the last 10-20 years I have watched very little of it. Furthermore, whatever is acceptable now will probably be unacceptable in 5 or 10 years’ time.

I find it interesting that in American television remakes of British series, the objectionable character is often made more likable, as in the case of David Brent from ‘The Office.’ Steve Carell’s version is not nearly as repulsive as Ricky Gervais’s original take on him. It’s as if we can’t take watching on television a character with no redeeming values.

This is true. One reason some Americans enjoy British comedy is because it is much more over the top and usually more willing to have repulsive characters and taboo subjects. The main US exception nowadays would probably be “It’s Always Sunny in Philadelphia” which has run for something like 14 years. I notice Netflix just censored racial stuff out of this show, which is ridiculous given that the premise of the whole show is that the characters are awful people who regularly do all kinds of other disgusting things including cannibalism, setting people on fire, etc. and the show doesn’t glorify any of it.

@Tis_Bearself yes, and I can’t stomach that show! I like ‘Curb Your Enthusiasm’ though and Larry David is a bona fide curmudgeon in that role; in fact, I would say without Larry David there would be no ‘Sunny in Philadelphia’.

I don’t watch “It’s Always Sunny…” either. I don’t find it funny. But I have friends who never miss it, and it obviously appeals to some segment of the US population to continue for 14 years.

I’ve heard “It’s Always Sunny” described as Seinfeld with much worse, lower class characters. I didn’t find Seinfeld funny either. Larry David and “Curb” is another show in that Seinfeld mold.

Netflix censored stuff in It’s Always Sunny? Like just beeped stuff out or what?

They pulled an episode that has blackface in it, within the last few days.

Edited to add, here’s a Buzzfeed article from last year wondering why “It’s Always Sunny” had gotten away with so much for so long. I guess its time has now come to get stuff censored.
Warning: The article contains some profanities as it graphically describes stuff that happens in the show, including use of profanities.

Even after 14 seasons, It’s Always Sunny in Philadelphia continues to be funny, innovative, and deeply offensive. How does a show so politically incorrect survive for so long?

Definitely , Alf in the shows that ‘All in the Family’ was inspired by is mostly very, very unlikeable. Archie is more or a loudmouth with underlying positive attributes. He pays his way, he may wind up his wife but he plainly cares about her deeply, Alf is shown to have some care for this wife but he also uses it to milk people’s emotions when she is gone and Archie doesn’t really do that I notice. Indeed, he doesn’t even want to much talk about her death. It’s noticeable that it’s Archie’s adopted daughter who is Jewish who gets him to finally open up and grieve properly. Which considering Archie’s supposedly bigoted nature is an interesting twist. Archie is as much uneducated as truly bigoted in any deeply meaningful way. Ironically of course over the pond Alf Garnett who inspired Archie was played by Warren Mitchell who was Jewish and fairly left-wing in real-life.

1143×1600 158 KB
next page →
DISCLAIMER: The views and opinions expressed in these forums do not necessarily reflect those of Catholic Answers. For official apologetics resources please visit www.catholic.com.