Vatican City (AFP) - Pope Francis visited his predecessor Benedict XVI on Monday for an informal Christmas greeting, as the Argentine pontiff prepares to celebrate his first Christmas as leader of the world’s Roman Catholics.

Francis met with the 86-year-old Benedict in a former monastery building on a hill inside the Vatican City walls where the pope emeritus has taken up residence following his historic resignation earlier this year.

The two men could be seen praying side by side in a chapel inside the residence and chatting amicably on white sofas with a Christmas garland in front of them in photographs released by the Vatican press service. 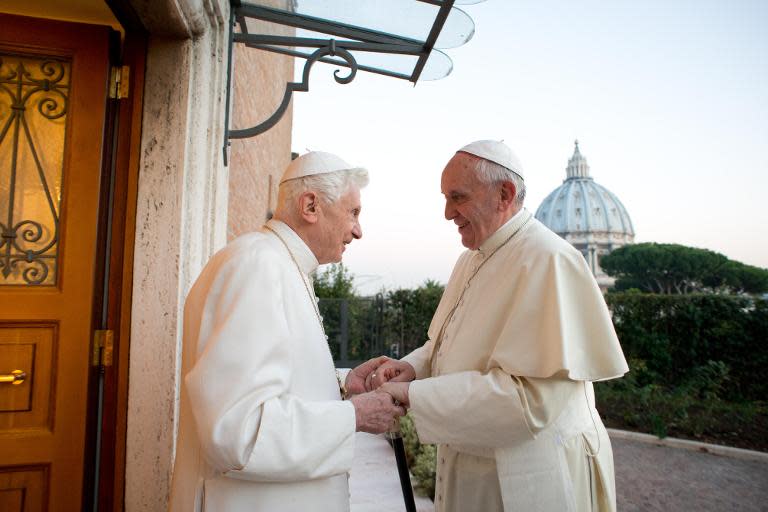 It’s great to see them together, thank you for posting picture.

God bless them both and our holy mother Church.

system closed September 23, 2017, 1:05am #5
DISCLAIMER: The views and opinions expressed in these forums do not necessarily reflect those of Catholic Answers. For official apologetics resources please visit www.catholic.com.