Gabriel Nadales: I’m a former Antifa member and enough is enough -- Antifa must be stopped

Gabriel Nadales: I’m a former Antifa member and enough is enough – Antifa must be stopped 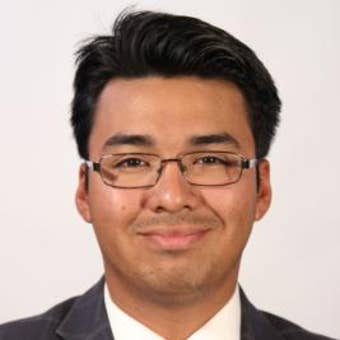 The video showing Quillette reporter being Andy Ngo savagely attacked by Antifa at a demonstration in Portland, Oregon, last weekend has rocked the nation. The footage of masked thugs beating him with blunt objects and throwing “milkshakes” allegedly filled with quick-drying cement is shocking to many.

But I’m not surprised by this horrific behavior—I was once behind the mask.

I first became involved in Antifa in 2010 while I was in high school, and over the course of two years I participated in several demonstrations throughout Southern California. Although I never hurt anyone, I yelled obscenities, I destroyed property and I am ashamed of my actions. While I walked away from the movement over seven years ago, I have been following its growth and today’s Antifa members are far more brutal, thuggish and bold than anything I experienced.

How did it get to this? Antifa has been encouraged and allowed to thrive on our college and university campuses. Police are often forced to work with their hands behind their backs, as we saw from the footage of Ngo’s attack, and administrators have failed to hold those who commit acts of violence and intimidation accountable. We are now seeing it spill over into our communities.

Antifa will only grow more aggressive if it is not stopped, and we must target it where is has found fertile ground—our college and university campuses.

The seeds of this violence have been planted and are encouraged by leftist professors in the classroom. . . .

I’m not surprised by this horrific behavior—I was once behind the mask.

I will listen to people like this who have some experience in this sphere instead of playing word games.

These guys need to join a city league for soccer etc, and get their pent up aggressions out on a playing field.

These guys need to join a city league for soccer etc, and get their pent up aggressions out on a playing field.

Do they let you play soccer dressed like a Mussolini blackshirt?

How would you define it?

How would you define it?

An umbrella term for a movement. It can be applied to individuals and loose connections of people that may have no connection to other individuals or groups that operate under the same name.

Put another way, someone could call themselves a “member of the resistance.” (I’ve been watching a lot of movies with post-apocalyptic governments and people trying to fight for their freedom). Such a person may or may not be connected to some network of people. There are other people that may also say they are members of the resistance. There may be some groups that call themselves this too but they might not have any communication or interaction with other people that say the same thing.

Some of the ideologies expressed by people that have claimed to be part of Antifa include socialism (or anti-capitalism) or democratic-socialism or anarchy or liberal. It isn’t an ideologically unified group.

It isn’t an ideologically unified group.

They are fairly unified in their opposition to the status quo though.

One of the violent, far-left thugs who participated in the Portland Antifa beatings was arrested identified and arrested by police on Tuesday. The antifa thug was involved in the lesser publicized mob assault on a Adam Kelly, who’s head was split open and required stitches and staples.