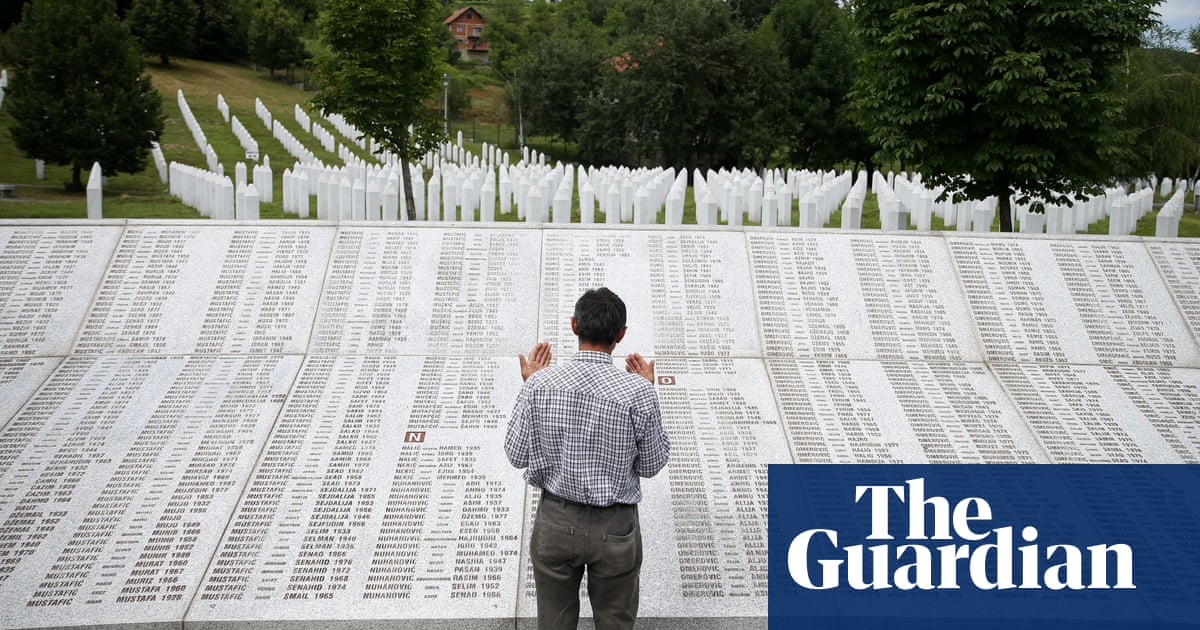 Even as remains continue to be identified, denialism is moving from far-right fringe into mainstream

At the genocide memorial centre outside Srebrenica, thousands of simple white gravestones stretch across the gently inclined hillside for as far as the eye can see.

Nearby, over a number of days in July 1995, Bosnian Serb forces systematically murdered around 8,000 Bosniak (Bosnian Muslim) men and boys. It was the worst crime of the Bosnian war, and remains the only massacre on European soil since the second world war to be ruled a genocide.

Even today, remains of victims are still being found and identified. Owing to a cover-up operation to hide the crimes by digging up and dispersing the contents of mass graves, there are cases in which partial remains of the same individual have been found at as many as five sites several miles apart. At a 25th anniversary commemoration on Saturday, at least eight more victims will finally be laid to rest at the cemetery.

Thread in CAF marking 25 years since the Rwanda genocide, posted in 2019:

Rwanda genocide: Nation marks 25 years since mass slaughter 07 April 2019 Africa Paul Kagame, who led a rebel force that ended the slaughter, lit a remembrance flame in the capital Kigali. Rwandans will mourn for 100 days, the time it took in 1994 for about a tenth of the country to be massacred. Most of those who died were minority Tutsis and moderate Hutus, killed by ethnic Hutu extremists. . . . . . . French President Emmanuel Macron did not go, however. This week he appointed a panel o…

My aim is just to report the news, big stories today. Not to take sides.

Jump to Part: I, III, IV | Glossary | Timeline A striking feature of U.S. policy since the collapse of the Soviet deterrent is the frequency with which it relies on the Security Council and the…