July 28, 2008 | From theTrumpet.com
Germany reaches a new military frontier in space.
The final craft in Germany’s first spy satellite program launched from Russia last Tuesday.
The 1,700-pound sar-Lupe 5 satellite, outfitted with cloud-piercing and night-vision radar, is the fifth in the sar-Lupe project. Now completed and operational, this constellation of satellites can provide images of any location on the globe in an average of 10 hours and show objects as small as 3 feet.
“The early and unhindered access to high-resolution satellite images is making a crucial contribution to our reconnaissance activities and thus enhances our ability to assess situations, take action and make the necessary decisions,” said Vice Adm. Wolfram Kuhn, deputy inspector general of the German Federal Armed Forces and inspector of the Joint Support Service. “In terms of military policy, sar-Lupe puts Germany eye to eye with other countries with respect to satellite-based reconnaissance capabilities.”
France and Germany will now share intelligence from their reconnaissance programs. France operates the Helios program, a network of optical and infrared satellites.
Space is a vital frontier to any nation wishing to control events on Earth. As we wrote in December 2003, “War is endemic to the past and continuing history of mankind. Consider and realize that major wars will never be controlled from this Earth’s surface again! From now on, all major wars will be controlled from space.”
Europe is positioning itself well for this future of warfare. It is developing its own navigation system. It now has two separate surveillance systems. These developments are part of a broader-based military resurgence, one that is being encouraged by the United States and other nations.
The fact that Germany now has its own spy satellite network that is “eye to eye with other countries” went almost unreported in the media. The world has forgotten Germany’s recent and remote history at its peril. We all need to be watching Germany very closely (for more information, see Trumpet editor in chief Gerald Flurry’s article “Why You Must Watch Europe”).
For more information on this vital new frontier into which Europe is expanding, read “Space Wars!”

Why are you, a Catholic according to your profile, buying into this paranoia about Germany (and Europe in general) generated by the Philadelphia Church of God??

The SAR-Lupe has been developed by the German aeronautics company, OHB-System. The SAR-Lupe system is used to detect objects on the ground even when it is too dark or cloudy for optical reconnaissance.

The five satellites were launched over the last two years. The system will be used by the German military for at least ten years. It is designed to provide high-resolution radar images to NATO military commanders in Europe. Data will also be provided to the French military in exchange for data from French reconnaissance satellites being provided to Germany. See rttnews.com/Content/GeneralNews.aspx?Node=B1&Id=661412

Given the argument in another article in the same publication it looks like it’s part of an evil Vatican plot to revive the Holy Roman Empire.

The fact that Germany now has its own spy satellite network that is “eye to eye with other countries” went almost unreported in the media.

Ummm… and why exactly would a NATO state sending up a spy satellite be newsworthy? This happens all the time. 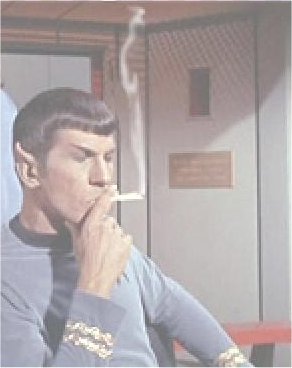 system closed September 24, 2017, 9:53pm #7
DISCLAIMER: The views and opinions expressed in these forums do not necessarily reflect those of Catholic Answers. For official apologetics resources please visit www.catholic.com.