His fellow actors who work with him in the Marvel series singled him out in a series of nasty tweets.

If I recall correctly, his co-stars defended him:

What started as a joke and meme on Twitter has now resulted in the actor's colleagues sharing their personal experiences with him as a friend.

Last weekend, Pratt was deemed the worst “Hollywood Chris” and criticized for not taking part in a fundraiser for Joe Biden. On Tuesday, some of the biggest Marvel stars stepped up to defend him.

Actors get paid to entertain us, not to talk down to us and push an unpopular radical agenda so they can feel a false sense of moral superiority. If they disagree, they should quit Hollywood and become Lobbyists instead.

Actors get paid to entertain us,

If there is some situation going on in their respective industries, such as sexual abuse, unfair hiring practices, a toxic work environment, then I expect them to speak up and lobby against that.
But if it’s just a matter of vote for Trump or Biden, I have no interest in hearing from them.

I already find my own celebrity on CAF difficult to bear. I grow weary of the legions of adoring fans.

Sigh! RolandThompsonGunner! Catch me as I swoon!

Sigh! RolandThompsonGunner! Catch me as I swoon!

Please, you have to stop living in my pool house.

Please, you have to stop living in my pool house.

My favorite actor is a Christian who avoids specific talk about politics, but kind of implies it in his Twitter feed (I’m not on Twitter, but I can still read his tweets). He also seems to have found a group of like-thinking actors that he is friends with; e.g. Gary Sinise of Wounded Warrior Project. He is also involved with various charities that I would support with no qualms of conscience.

He’s wealthy, but not filthy wealthy, and he works his rear off–one of the Hollywood magazines called him one of the hardest-working actors in Hollywood.

And he’s been married for 25 years to the same woman, both of his kids went to college (one has graduated), and he posts regularly about his Church (Anglican).

I’ve been a fan for at least 20 years, and I’ve not seen anything objectionable in his behavior, other than a tendency to use the “F” word–which my daughter (the stage manager) tells me that EVERY person in the entertainment industry uses!

He is not from a Hollywood dynasty family (as is, e.g., Drew Barrymore), and he often talks about his early days in Hollywood–living in his car and being addicted to alcohol. I honestly think that he has never forgotten what it means
to be a “non-celebrity” and have a modest/poor income.

So if he DID ever make comments about politics, I would be inclined to listen. But just because he’s my favorite actor, I would not vote for someone just because he said so.

It’s possible that many of us sound like sanctimonious fatheads when we express our views; even without being famous

Well, and the problem is that the public feeds into it.

My notion of “feeding” into it is that we should indeed keep celebrities around, as an emergency soure of protein in event of an apocalypse.

Why the press or anyone else gives their opinions any more press than a landscaper’s assistant is eyond me . . .

Like Chris Pratt for actually not taking a political stance?

Yeah, and they are encouraged in that sort of thinking by political parties that wish to exploit them for political fundraising and influence purposes.

I think what Kurt is getting at is that the public are often unable to divide the actor’s personal opinions from his work as an actor. If you want maximum versatility as an actor, you’re best off keeping your private life, thoughts etc private. It’s a reasonable opinion. Of course, if your goal is to be the next Reagan or Heston, you’ll choose differently.

Or the next Clint Eastwood or Arnold Schwarzenegger…

It’s possible that many of us sound like sanctimonious fatheads when we express our views; even without being famous

I think Kurt is right.

I don’t give a flying flamingo what some person in Hellywood or some over inflated globalist has to say.

Neither Bill Gates or Fifty Cent pay my bills.

Speaking of this subject, an actress on the Mandalorian tweeted along the lines “Democratic leaders want people to wear blindfolds as well as masks to hide what’s going on”.

Angry Twitter now is trending for her to be fired because she’s dangerous and a white supremacist. Uhh…

I disagree. Actors have just as much right to express political views as roofers, dentists, or mechanics. They just shouldn’t expect some special deference or importance attached to their views because they’re actors.

It’s like, great, you’re a good actor. I’ll happily watch you act. It doesn’t mean I’m going to view you as having special insight on the estate tax or foreign policy or whatever.

Exactly. The fact that they have any special weight is a sorry indication of the audience more than anything.

I cannot imagine any reason why a profession like acting should keep people from speaking politically. The classic examples are all Republican, like Reagan, Eastwood, Trump, et alia.

Sean Penn is an important voice from the left, not because his views are important but because he has committed himself to helping others. CORE, a group he founded, has a reputation for helping during disasters like hurricanes and has provided COVID 19 testing in many urban areas. I see no reason why those efforts should be ignored because he is an actor.

Besides, if actors are going to be paid ridiculous salaries, I am glad some of that is given back to the communities that need it. 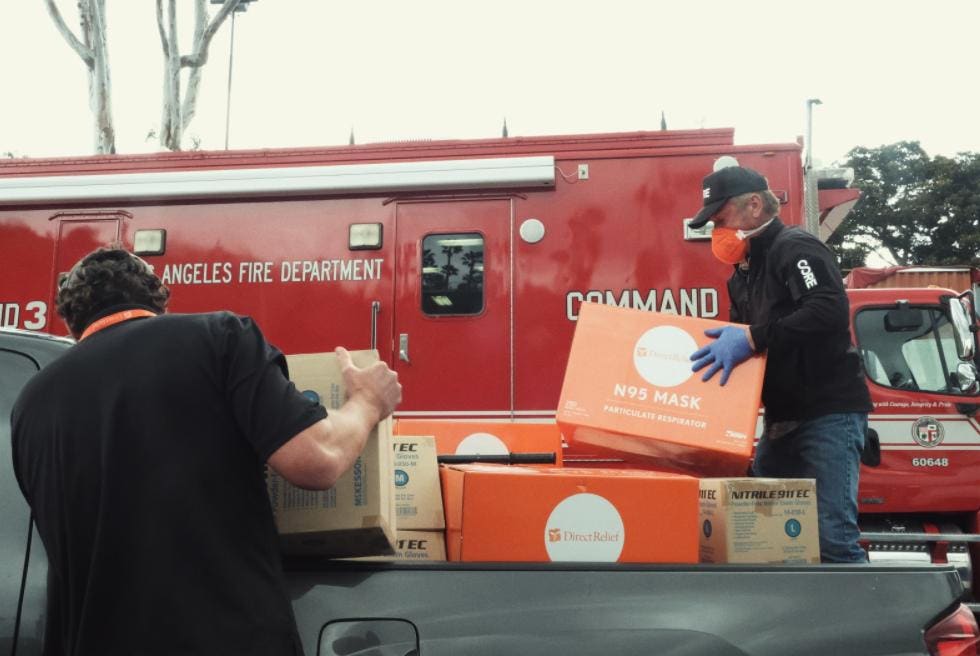 Sean Penn On How To Contribute During The Crisis — And Beyond

CORE, co-founded by Penn and CEO Ann Lee, is focused on expanding free COVID-19 testing to vulnerable and underserved communities, including low income groups and communities of color, as well as first responders and essential workers.

My notion of “feeding” into it is that we should indeed keep celebrities around, as an emergency soure of protein in event of an apocalypse.

I’m not sure there is enough of them, they might just end up as a gourmet dish for some other rich person instead.