🇦🇺 LATEST: Melbourne under curfew as Sydney's contact tracing efforts have so far suppressed potential second wave | OP: Australia seems to be keeping a lid on covid-19 – how is it doing it?

A man in his 80s has died from coronavirus in Victoria, taking the national toll from COVID-19 to 103, as the state records another 20 new infections. 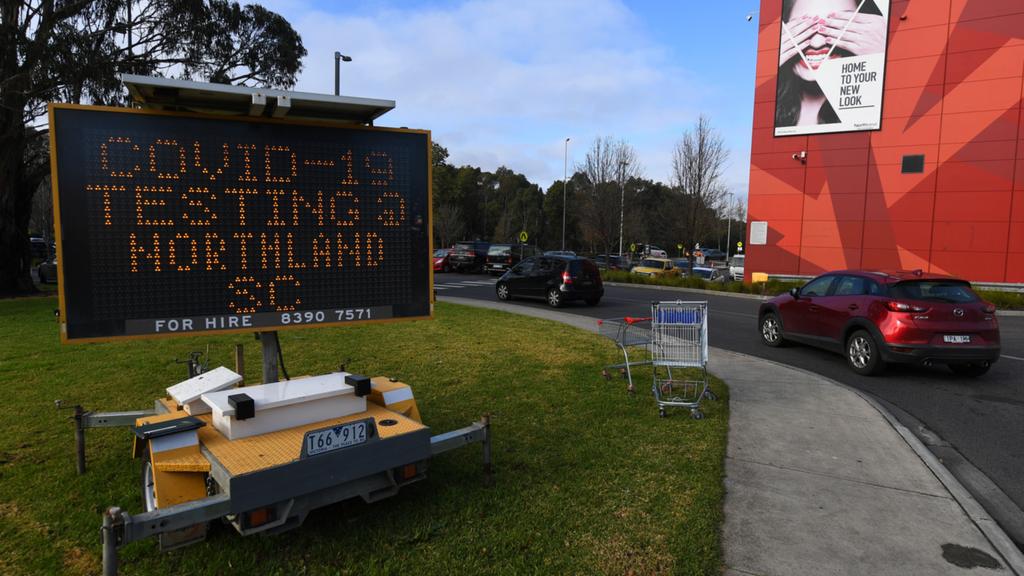 It is a huge jump since a day earlier, with Wednesday recording 20 cases.

The state of Victoria is driving the spike in Australia. 33 cases. It’s hard to see why this state is struggling so badly (by their standards) and lost control when the most populated state New South Wales has been stable. Both test rigorously and both have international cities.

It’s getting worse in Victoria state. The other states and territories are stable with single digit new cases or none for over a month now. 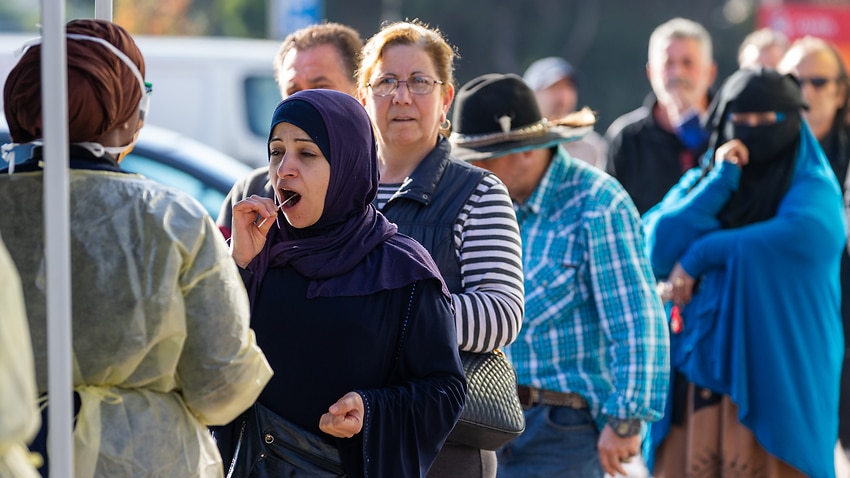 Victoria records 75 new coronavirus cases as authorities warn 'it will get...

'There's been some closer mingling than we'd have liked of these guards in the workplace. '

My headline: “Sexual immorality may have led to Melbourne coronavirus crisis”

Victoria should 'throw the book' at anyone who breached hotel quarantine...

Greg Hunt says anyone who breached the strict coronavirus infection controls in place in hotels housing returned travellers should be punished, amid allegations of impropriety by some security contractors.

Premier Daniel Andrews has announced a judicial inquiry into the state’s management of hotel quarantine, to be headed by Jennifer Coate, a former royal commissioner, after a number of cases of coronavirus in late May and early June were linked to infection control breaches.

Mr Hunt said if the reports were correct that some security staff have been having sex with people in hotel quarantine or that families were allowed to go between rooms to play cards, those responsible should be punished.

"There is a desire that, blazing like a furnace, cannot be quenched until it is slaked; there is the man who lusts for his own flesh: he will not give up until the fire consumes him; to a fornicator all food is sweet, and he will not weary of it until he dies. " ~ Sirach.

Victoria records another death from coronavirus as Premier Daniel Andrews announces the state's border with NSW will shut from Wednesday.

Victoria has recorded the highest case day anywhere in Australia since the start of the pandemic.


It’s just getting worse in Victoria as the rest of Australia including the most populous state are faring well.

image1036×380 51.8 KB
That uptick for New South Wales, the most recent populous state, was due to a reclassification of cruise ship passengers from March. Otherwise, they’ve pretty much flattened their curve like the rest of Australia except Victoria.

A full review of the hotel quarantine system has been ordered following a breakdown in Victoria leading to a surge in COVID cases.

The mandatory quarantine system, in which returned travellers [non-Australians banned from entering Australia] were isolated in hotels for two weeks, was introduced on March 28.

Queensland is currently the only state to charge returned travellers for their stay and Victoria has stopped accepting flights altogether.

NSW Health has laid out the situation after intense contact tracing efforts.

Sydney residents have been given 'crucial' new health advice after the state's health minister admitted he is 'really worried' by the situation.

Dozens turned away at Queensland border amid new crackdown

Queensland Premier Annastacia Palaszczuk says she makes no apology for the tough measures.

Australia has shown you can do everything right but a few breaches (like in Victoria state) and you lose control.
As of July 17:
Cumulative

Victorian travellers 'on the run' after crossing SA border for 'urgent...

The group was permitted to enter South Australia to seek hospital care for a possible fractured ankle, but police say they never did.

This is problematic as South Australia has practically eradicated the virus and a cluster partly behind the increase in New South Wales, the most populous state, was connected to an interstate traveller from Victoria, the second most populous state.

More deaths have been recorded as Victoria's coronavirus nightmare continues.

Daniel Andrews has sent a stark warning to residents, as the state records a further 484 cases of coronavirus.

Whole of Australia: the peak was 460 new cases in March (missing the latest data).

Security guards were hired to work at Melbourne's COVID-19 quarantine hotels through a WhatsApp message in a process so murky that one guard didn't even know who she was actually working for.

NSW Premier Gladys Berejiklian has told News Breakfast that while the state’s COVID-19 infection numbers are increasing, genomic testing seems to show the virus comes from a single source, making it easier to trace.

The Victorian Premier has confirmed more than 400 new coronavirus cases in the state.

In neighbouring New South Wales, the most populous state:

Hazzard says the entire state needs to be on “high alert and not complacent”.

There are now 56 cases associated with the Crossroads Hotel cluster, 46 cases related to the Thai Rock restaurant and eight linked to the Batemans Bay Soldiers Club.

“While most cases have been linked to known clusters, community transmission continues and NSW Health is calling on people across the state to redouble their efforts to stop the virus spreading,” NSW Health said.

NSW has recorded an increase in coronavirus cases as the southwest Sydney cluster spreads.

Though New South Wales is currently stable, neighbouring Queensland state is signalling it will reimpose some border restrictions:

[New South Wales Premier] Berejiklian said any businesses found in breach of restrictions “will have the book thrown at them”.

Liquor and Gaming NSW had undertaken 1,311 compliance checks and had issued three fines — to the Golden Sheaf pub in Double Bay, The Star casino in Pyrmont and the Auburn Hotel in Western Sydney.

“I’ve got no hesitation in naming and shaming — if there is an organisation that is blatantly flouting the law and public health at risk, I will be the first to name and shame and condemn them,” Mr Dominello said.

Unlike most countries, Australian subnational jurisdictions except the two most populous states, closed their borders to each other during the pandemic. E.g. Australians from one state crossing to another with an acceptable reason for interstate travel were usually forced to quarantine at specific hotels for 2 weeks before being allowed to roam freely in another state.

Here's when you will be able to visit the island state.

“Our state, without a doubt, is one of the safest places in the world right now,” [Tasmania’s Premier] said.

“In public health’s view, so are South Australia, the Northern Territory and Western Australia.” 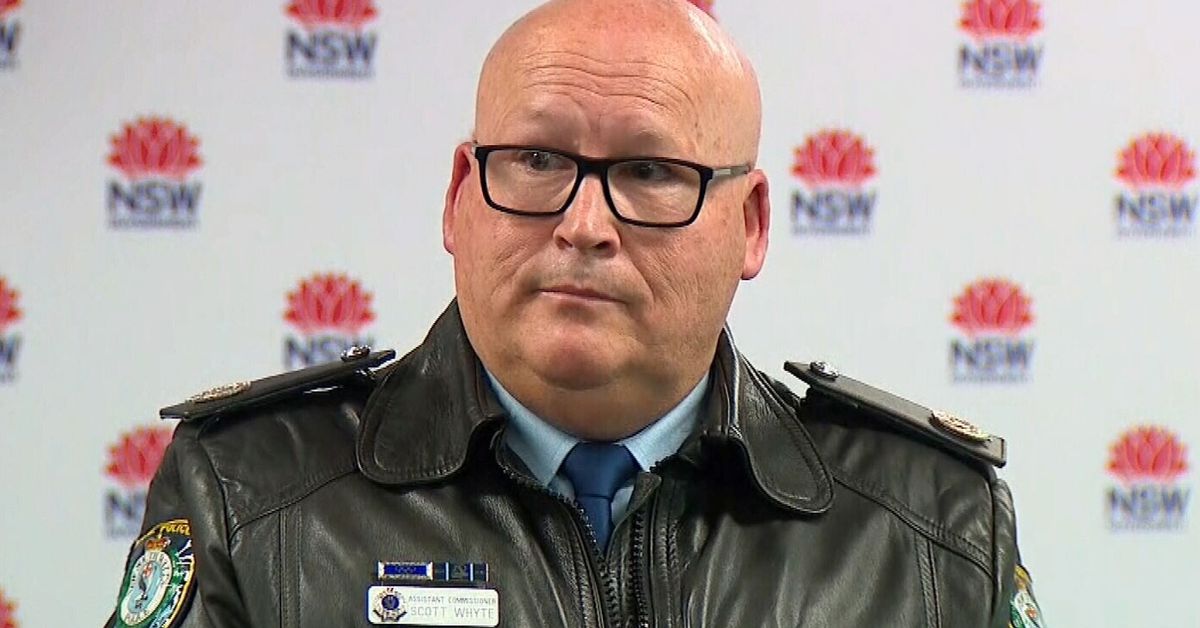 Coronavirus NSW: Police bust up to 100 gathered for DJ event in national park

NSW police caught up to 100 people gathering for an organised event with a DJ in a national park near Thred...

Individuals can be fined $1,000 for breaking COVID 19 restrictions, which may escalate to being arrested and possibly jailed after multiple breaches.

“There are no three strikes when it comes to a pandemic.” Mr Elliot said, adding that hospitality venues would receive a $5000 fine “immediately” if they breached public health laws.

New South Wales is struggling with a few serious clusters and seems to be suppressing new ones and containing the existing ones. So according to some protesters it’s a great time to become like Victoria and end up with some of the strictest restrictions in the world.

A group of Indigenous doctors last week called for Tuesday’s protest to be abandoned, fearing the health consequences of a gathering during the second wave of the coronavirus outbreak is too risky.

Sydney’s Black Lives Matter protest will not go ahead after the Supreme Court ruled in favour of the NSW Police, prohibiting the event from going forward.

Of the ten new deaths, seven were reported in males aged between 40 and 89 and three women in their 70s and 80s.

The national death toll is now at 155, with 71 of those occurring in Victoria.

Victoria's fight against coronavirus has suffered another devastating blow.

I agree that the BLM protesters in Australia are being irresponsible to the Public Health Issue, however I also agree that if they follow the protocols already in place for the economy, then we have no reason to stop them.

I agree that the BLM protesters in Australia are being irresponsible to the Public Health Issue, however I also agree that if they follow the protocols already in place for the economy, then we have no reason to stop them.

There is a very good reason to stop them. They haven’t followed, aren’t following and won’t follow the protocols. Others have to take down personal information. The organizers won’t or can’t.
They said they would physically distance. They didn’t last time. Many people weren’t wearing masks when they promised they would.

Some venues in the inner-city area have also reverted to selling takeaway food only, as new positive coronavirus cases appear.

The organiser of a Black Lives Matter protest has been dragged into a police car at an illegal rally in Sydney.

Paddy Gibson was arrested at the Domain, in the city’s CBD, by NSW Police along with a number of other protesters.

“Don’t assume you have the cold or the flu, assume it’s the virus and act accordingly.”

“We have to have that attitude otherwise things will get out of control.”

“Our state does remain on high alert, but we are doing OK, we’re holding the line,” Berejiklian added.

"I’m absolutely furious this has happened."

Premier Daniel Andrews confirmed there are just under 300 new cases of coronavirus, which is hundreds fewer than two days earlier.

Queensland will close its borders to all Sydney residents from 1am on Saturday.