golfchannel.com/media/haney-project-rush-limbaugh-rushs-cochlear-implant/ < video of Limbaugh detaching the outside part of the implant and describing how it works with the other parts (imbedded during the brain surgery).

Radio host and Hank Haney’s newest project: Rush Limbaugh is completely deaf, and can only hear through the use of his cochlear implant. He takes a break from practicing to explain to Hank how it works.

At first told that just one ear should be fitted with an implant in case a cure should come along (estimated then to be “in about 10 years”) Limbaugh went with that. It has been 13 years since his procedure and his hearing is again diminishing.

Baby is ‘youngest in UK’ to have cochlear implants

In related news (possibly affecting Rush’s decision to get a newer, second implant), a baby girl in England was fitted with her second cochlear implant this week (April 8). 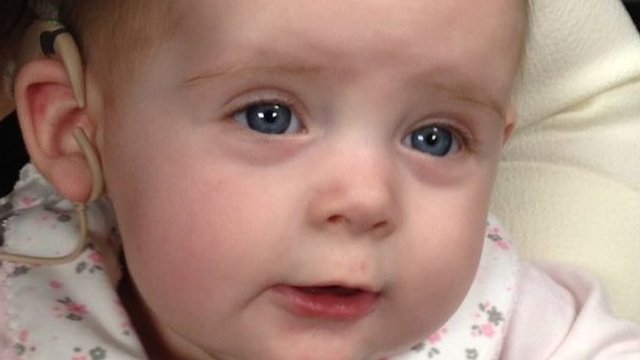 rushlimbaugh.com/daily/2011/03/18/questions_on_the_host_s_hearing < In 2011 Limbaugh talked in detail about his implant and his hearing problems … including not “really” being able to hear music as he once did. He does “hear” some things without the implant in (he can take it out … or off … apparently as he did during a golf round to lessen distractions).

Prayers for a successful operation for Rush. Even if it means having to give up the free Gregorian Chants.

One of the initial recipients of the cutting edge surgery and implantation, Limbaugh’s first hand public disclosures about cochlear implants has led to a higher awareness of their availability.**

That was funny in an irreverent way. Perhaps you HAVE listened to too much of him.

The humor is rather Rushlike … in boomerang sort of way.

And your switch to prayer … thatfast … now makes you my role model. Next time I get negative (even just a little … like here) … I will aspire to a similar progression. :D:thumbsup:

Truth (which he tells most of the time or at least thinks he is) hurts, eh?

I’m not sure but is the purpose of this thread to mock and make fun of someone? whether you agree with him or not. I think it is against the world news forum to post about radio and tv/media personalities. There is much more serious issues out in world news to talk about than what Rush Limbaugh or anyone else is having done. If one wants to pray for him then post it in the prayer request but making fun of anyone lowers you below the level than the person you are mocking. I’ve listen to Rush for years and I’ve never heard him mock the Catholic church. I’ve hear him openingly admit his admiration of the Catholic church and it’s teachings. He has always been a consistant supporter of pro-life issues. That is alot more than I can say of some so called “Catholic” in the public forum that host radio or TV shows. I think if he didn’t have 3 marriages and on his fourth, he might secretly consider it. I’m not sure where “Catholics” get off of making fun of him or mocking him because of his hearing loss.