Terrible and… very sad to say, probably Christians and probably Catholics at that, Mozambique colonized by the Portuguese (and they have been having these problems lately, 6 months or so?)

The militants turned a football pitch in a village into an “execution ground”, where they decapitated and chopped bodies, other reports said.

A football pitch in a village was turned into an "execution ground", reports say.

US govt. urged Zimbabwe to possibly aid Mozambique. Anyway, what a horror.

They need some kind of help.

It is so bad, some drowned fleeing on a boat to safety. Some were recued. I hope there is someone to help these people.

God bless the EU with the support of the UN. And God protect those suffering people. We are all so caught up in our first world problems we don’t want to give anyone else a thought most of the time.

Europe to provide Mozambique with $116 million in virus aid

How terrible! These poor people having to endure
such terror!

A little bit of good news from the Cabo Delgado northern region.

More than 1,000 Mozambique troops have recaptured the northern village of Muidumbe from armed fighters, police general commander Bernardino Rafael said, killing 16 and destroying some of their logistics.

Mozambique’s northernmost province of Cabo Delgado, home to gas developments worth some $60bn, is grappling with an armed campaign linked to ISIL (ISIS) that has gathered pace this year, with fighters regularly taking on the army and seizing entire towns.

Speaking to troops in a field in Muidumbe, an area where local media reported a spate of beheadings by the fighters last week, Rafael on Thursday congratulated the men for their victory but warned they had not won yet.

“We marched and arrived in Muidumbe district headquarters, we expelled those who had occupied it,” he said in footage broadcast by state broadcaster TVM following the operation.

“Congratulations to our brave men … what we achieved up to now is not a victory, we achieved one step of our work,” he said, adding that fighters should stop the violence and speak with the government, which is open to dialogue. 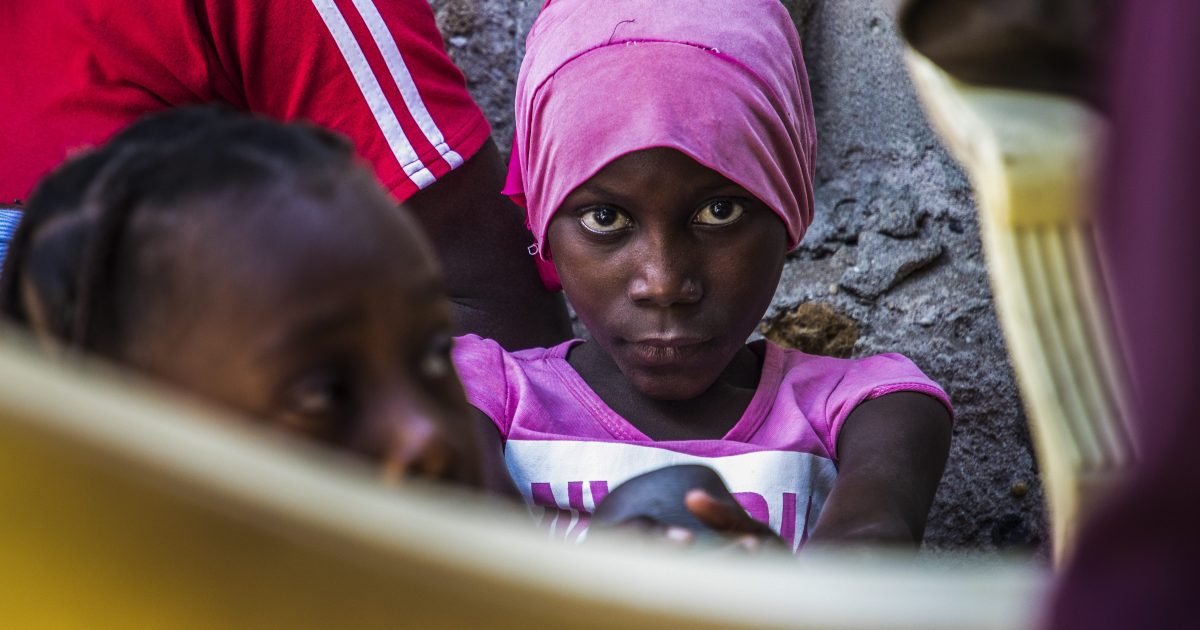 Mozambique and Tanzania have signed a memorandum of understanding to join efforts in the battle against an escalating armed campaign by ISIL-linked fighters in Cabo Delgado, Mozambique’s northernmost province.

The agreement, sealed by the two countries’ police forces during the weekend, includes the extradition of 516 fighters from Tanzania to its southern neighbour, Mozambique’s state-owned newspaper Noticias reported on Monday.

The violence in gas-rich Cabo Delgado began in October 2017 when members of an armed group, which later pledged allegiance to ISIL, attacked police stations in the key port town of Mocimboa da Praia. Since then, more than 2,200 people have been killed and hundreds of thousands displaced.

Mozambique’s army has struggled to contain the fighters, who have regularly beaten back the country’s security forces and air support from a private military group to capture and hold key locations during violent raids.

Emboldened, the fighters have recently expanded their sphere of operation north into Tanzania, crossing the Rovuma River that marks the border between the two countries to carry out raids on villages in Tanzania’s Mtwara region. 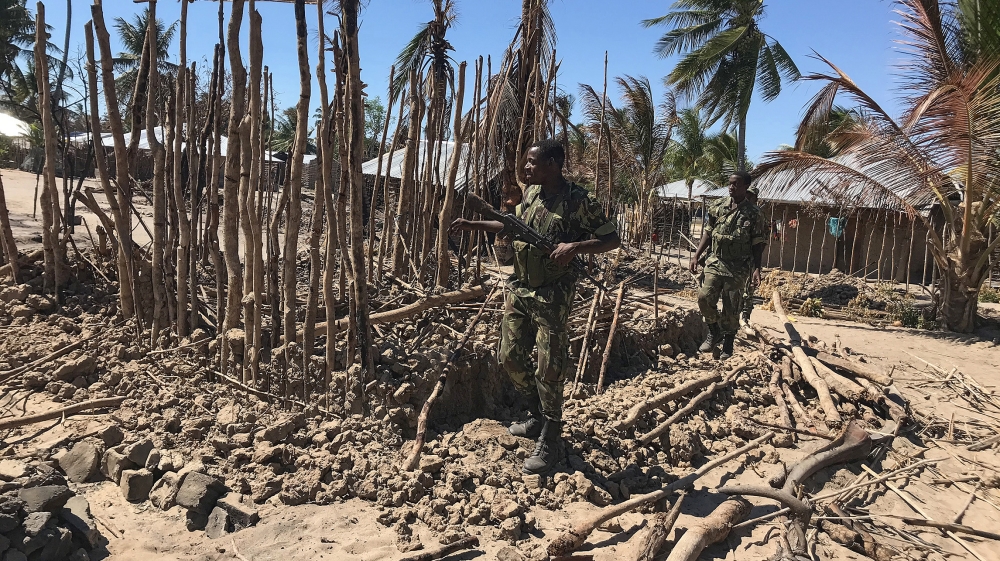 Im so glad the Holy Father confirmed that the Religion of Peace is willed by God, otherwise I would have had my doubts.

Im so glad the Holy Father confirmed that the Religion of Peace is willed by God, otherwise I would have had my doubts.

Many Christians were no better 500 years ago. Some radical factions of Islam are 500 years behind in evolution, unfortunately. Other more moderate strains should not be confounded with Islamic radicals.

Many Christians were no better 500 years ago. Some radical factions of Islam are 500 years behind in evolution, unfortunately. Other more moderate strains should not be confounded with Islamic radicals.

Can you give examples of what you have in mind?

We are not talking about renegades. We are talking about people carrying out their founder’s express wishes and following his example.

The hadith records that the Prophet himself, peace be upon him, ordered the execution of several hundred Jewish prisoners after the Battle of the Trench.

You don’t need to go back 500 years, you can find examples of Christians slaughtering each other and others purportedly for religious reasons within living memory, often it is mixed up with ethnic tensions or nationalism though. But that same caveat could be applied to many Muslim extremists as well.

Can you give examples of what you have in mind?

The Crusades come to mind. Calvin in Switzerland. Then there’s the Old Testament…

The Crusades come to mind.

The Crusades were defensive wars. Every nation has the right to defend itself.

Initially true perhaps, as they went on they became more and more self-serving and well frankly at times bizarre, with a spot of mass massacres along the way which have poisoned relationships ever since between the Catholic and Orthodox. Yes, before someone starts up on that I’m aware of the context that occurred in and how neither side was blameless.

Since I posted this thread, Mozambique has been relatively quiet. Hopefully they armed the people, sent troops in because it was horrible. Sometimes military camps such as in Nigeria even get overrun in attacks.

Over 1,000 Mozambique troops on Thursday recaptured the northern village of Muidumbe from Islamist insurgents, police general commander Bernardino Rafael said, killing 16 and destroying some of their logistics.

This next link might have a paywall but you can see the headline which probably sums things up pretty well.

I won’t try to paint a rosey picture with all of this, I also posted the pretty incredible story of how a lot of these people tried to escape and their ship sunk, 40 died. Horrible.

Burkina Faso has had problems and has been more quiet recently.

Not only are these places having a hard time, they produce refugees. Life’s hard enough already.

Maybe the African league, whatever it is called, African Nations sent some help in.

with a spot of mass massacres along the way which have poisoned relationships ever since between the Catholic and Orthodox.

You are referring to the Fourth Crusade which diverted from its authorised course to take sides in a civil war going on at Byzantium. The Pope immediately excommunicated the entire crusade lock stock and barrel, and so it is utterly mendacious to attribute the subsequent sack of Byzantium to the Catholic Church.

Please, before spreading this erroneous cliche any further, inform yourself better of the facts.

Please, before spreading this erroneous cliche any further, inform yourself better of the facts.

As I noted I am well aware of the complex history surrounding.

I am well aware

Then why do you repeat the myth?

Because it has become sadly a matter which has caused endless division between two Churches. I would suggest and politely ask you moderate your tone a bit when speaking with others.

Again, this is about a terrorist attack in Africa.

There are areas of the forum where I am sure, this can be discussed.

It’s perfectly on topic as part of an extended discussion. If you feel it is not ask a moderator to intervene.