My thoughts on evolution.

Through Mary Immaculate, Crusher of Heresies,

Now let me clarify: I am FAR from being a modernist idiot, nor do I think that science is incompatible with Catholicism, nor that the Church has ever tried to hinder progress, nor do I support that rabid anti-catholic Richard Dawkins (whose anti-catholicism and arrogance I loathe). Now, studying what atheists believe about evolution, I came to the conclusion that there is almost nothing in this theory that contradicts Catholic teaching and that traditionalist Catholics should at east give it a chance.

First, I need to clear some misconceptions: a) evolution doesn’t exactly say that we come from monkeys (we come from APES damn it!) but rather that we are related to monkeys (APES!). b) Evolution primarily deals with the manner in which life has changed after its origin. It studies how the human and animal bodies ‘changed’ and adapted to survive. To take an example of this, some years ago scientists studied what would happen if we lived in an environment that had more oxygen. Now as people know
26% of the air which we breathe consists of oxygen, there were much more trees than there are today and so there was more oxygen in the world before then there is today because trees release oxygen to survive.

It happens that some scientists got a couple of cockroaches, put them in in environment with 4 times more oxygen and what happened? They grew 4 times bigger. 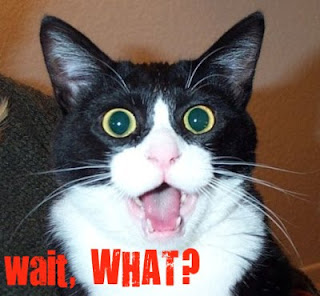 Yes, you heard that right. So why did cockroaches (fortunately!) become smaller? Well since oxygen decreased, their bodies had to become smaller in order to adept to their new environment. Smaller bodies = less oxygen to use. Thats evolution. To state some other examples, we can look at the story of Adam and Eve. They sinned and got kicked out of the garden of Eden and before, they didn’t work and didn’t have a care in the world, and now they were condemned to work and gain their own food. Their bodies had to adapt so that they could withstand the harsh work and the diseases which they had to suffer from (disease, catholics hold, are a punishment for sin, and so is death. We also hold that had men not fallen, he would not have died and his body would instead be brought straight to heaven when his course in this world ended).

The Bible itself, in Genesis chapter 5 says that Adam and his sons lived more than 900 years, while Abraham died at the age of 175 (Gen 25:7), thousands and and thousands of years after Adam lived. Even, the wif eof Adam on the other hand, in the book of Mob 3:14 says that she lived 4 BILLION YEARS. Ok, I just made that up but all the other ones are true. It even says in Gen 6:3 that God decided that men couldn’t live so long anymore. Here is the quote: * And God said: My spirit shall not remain in man for ever, because he is flesh, and his days shall be a hundred and twenty years.* The average age in which a person dies today is between the 75 to the 90 years mark. There are alot of people tday who are more than a hundred years old today: the oldest person to have ever lived died in 1997: en.wikipedia.org/wiki/Jeanne_Calment but I heared of one Indian/Asian woman who died last year to have lived up to 130 years.