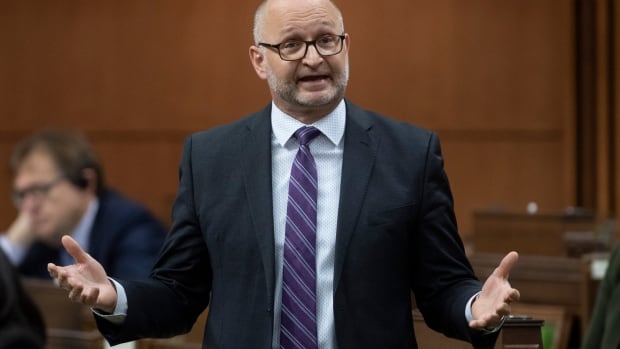 One of Justice Minister David Lametti's donors gets a judicial appointment |...

A lawyer who contributed $2,900 to Justice Minister David Lametti's Liberal nomination bid and riding association has received a judicial appointment.

François Landry — a political aide who was working directly on the judicial appointment process in Lametti’s office last year — wrote a memo to chief of staff Rachel Doran on Feb. 18, 2019, warning that partisan considerations in the appointments process have created the “potential for a scandal.”

According to Elections Canada, Bélanger donated a total of $1,400 to Lametti’s bid for a Liberal nomination in 2014 and 2015. Lametti was elected in the riding of LaSalle-Émard-Verdun later in 2015.

Records also show that Bélanger gave $1,500 to the Liberal riding association in LaSalle-Émard-Verdun in 2018. According to Bélanger’s postal code in the Elections Canada database, he lives in the riding of Mount Royal.

According to Elections Canada, Bélanger made more than $10,000 in other donations to the Liberal Party between 2006 and 2019.

On Monday, Democracy Watch filed a challenge of the appointment process in the Federal Court, alleging that it’s undermining the independence of the judicial system.

“The current federal judicial appointment system is open to too much political interference by the ruling party, which violates the independence of the courts that is needed to ensure democratic good government and fair law enforcement for all,” Duff Conacher, co-founder of the advocacy group, said in a news release.

In the coming weeks, the justice committee of the House is expected to launch a study of the judicial appointment process. The Bloc Québécois has prepared a motion to that effect and has won the support of the other opposition parties, which together hold a majority of seats on the committee.

The 5th paragraph of the OP is significant.

This is because JWR disclosed Trudeau and gang were trying to interfere with the judicial system while she was Justice Minister and Attorney General. She refused. Then she quit cabinet. Then the Liberals removed her from caucus.
She ran as an independent and actually won in her district, which is rare for independents.

I don’t agree with her politics but she should be praised for trying to protect the judicial system from political interference.

Kathryn Marshall: An American import we don’t want: The Liberals are...

The Trudeau government is seeking out the political history of potential judges, and that undermines public trust in the system

The CBA’s appeal comes on the heels of recent media reports that the federal Liberal party uses its own private database as a research tool in the vetting process when selecting judges. What type of information are they looking for?

According to internal government emails reported by the media, things like past political donations and candidacies. The Liberal party’s internal database, aptly called “the Liberalist,” tracks information like donations to the party, volunteering and if you had a lawn sign in the past election. If you have ever made a donation to the Liberal party, you are probably in this database.

A recent history i.e. last 3 months of Trudeau and gang:

Latest on Trudeau's third ethics scandal, WE Scam: Trudeau appears willing to go to the polls to prevent the creation of a new committee to probe Liberal scandals World News

Several former staffers claim Ratansi told employees to call her sister, Zeenat Khatri, by a different name — “Jenny.” Those employees also said they saw Khatri hide under her desk or in another room when people came into the office who might recognize her. Staff also were told not to photograph her sister at events, the former employees claim. At least this latest case of Liberal corruption is a bit funny. [image]

But Canadian intelligence sources suspect the organization is part of a network directed from Beijing to undertake both legal and illegal tasks abroad. In 2016 and 2017, Prime Minister Justin Trudeau participated in at least a handful of fundraising events in the Toronto and Vancouver regions that featured wealthy entrepreneurs such as Wei. A media report in the National Post also revealed that Trudeau met twice with Wei, including at a Toronto-area Liberal fundraiser in 2016. Also with W…

It never ends with Trudeau and his Liberal Party… When the Conservatives were in power for 9 consecutive years (2006 - 2015), they weren’t perfect and had their ethics problems too but not at this volume. Trudeau has been in power for barely 5 years (2015 to now) and the list of unethical, suspect and/or questions decisions and conduct is longer than that of the previous Conservatives. And this list doesn’t even include that massive Ad Scam scandal that ended the 1993 - 2006 Liberal Party reig…

The questionable decisions and actions of Trudeau and company continues. The federal government agreed last June to settle the lawsuit, which originally asked for $25,000. The final settlement was paid last week. The terms were not disclosed to the public and the payment to Bruyea was not factored into the Department of Justice’s estimate of the costs. “I’m floored,” Plett said Tuesday in an interview with CBC News. “I feel the government has to defend itself against frivolous claims. This…

There really seems to be no end to the Liberal Party of Canada’s corruption and scandals. The controversial company builds data mining technology for its clients and is used by intelligence agencies, banks and some of the biggest companies in the world. While the offers did not result in any contracts being awarded to Palantir, the former ambassador to the U.S. “has acknowledged, with the benefit of hindsight, that these communications and meetings, to the extent they could have furthered t…

There really seems to be no end to the Liberal Party of Canada’s corruption and scandals. Just yesterday: And for the last few months (and years):

The list of unethical and corrupt decisions from Trudeau & Co. just never ends.

That is because the CMHC ended up contracting out administration of the Canada Emergency Commercial Rent Assistance program to a mortgage lender where the husband of Prime Minister Justin Trudeau’s chief of staff is a senior executive. That contract with MCAP was initially worth $56 million when the rent-relief program was launched in May and later expanded to $84 million in July. The root of the dispute goes back to April 24, when Trudeau announced Ottawa had reached an agreement in princ…