From Politico:Microsoft accidentally stepped into ugly partisan politics over the weekend — on Twitter.

The company’s official Twitter feed sent a public response to liberal economist Robert Reich, who tweeted he was in New York to visit his 4-year-old granddaughter and sit on a panel with Ann Coulter. 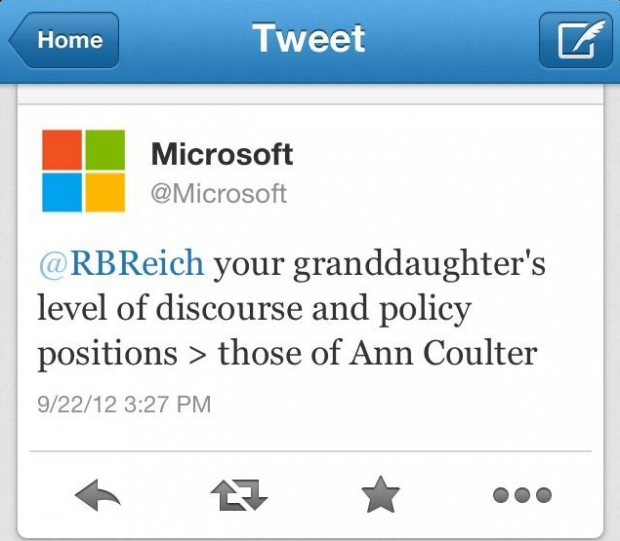 Reich tweeted earlier on Saturday: “To NY to visit my 4-yr-old granddaughter. Also on ABC’s ”This Week” panel w/ Ann Couter, among others. I’d rather be w/ my granddaughter.”
Well, I guess that’s just business.

And you are actually starting a thread on this? Kind of sad…don’t ya think?