Could this 14th century prophecy refer to Pope Francis???

“** One beyond the mountains shall become the Vicar Of God. **Religious and clerics shall take part in this change. Outside the true path, there will be only disreputable men; I shrug my shoulders when the Bark of Peter is in danger and there is no one to lend it help… The schismatic shall fall into the scorn of the Italian faithful… By about twelve years shall the millennium have passed when the resplendent mantle of legitimate power shall emerge from the shadows where it was being kept by the schism. And beyond harm from the one who is blocking the door of salvation, for his deceitful schism shall have come to an end. And the mass of the faithful shall attach itself to the worthy Shepherd, who shall extricate each one from error and to the Church its beauty. He shall renew it.”

AND FOR FURTHER PONDERING, HERE IS ANOTHER OLD PROPHECY CONCERNING A FUTURE WORTHY SHERPARD/POPE

"Forty years ago it was prophesied, and there have been many visions to the same effect, that there will be a pope in these times who will purify Canon Law and the Church of God from the sophistries and deceits of the jurists so that justice will reign over all without the rumbling of lawsuits. **Because of the goodness, truth, and justice of this pope the Greeks will return to the obedience of the Roman Church, the greater part of the Tartars will be converted to the faith, and the Saracens will be destroyed. There will be one flock and one shepherd, as the prophet heard **(John 10:16)…
(Taken from Roger Bacon’s The Third Work. Trans. by B McGinn Visions of the End (New York, Columbia, 1998) p190)

Your opinion is welcomed! Lets discuss this charitably

Come on people! 174 views but not a reply? I I know some of you find this interesting

WOW. Curious. I have no opinion. However, I do find the prophecies interesting and too accurate? ** (By about twelve years shall the millennium have passed)**

I was just never so confident that the Lord’s plan is in motion.

After the meal Jesus said to Simon Peter, ‘Simon son of John, do you love me more than these others do?’ He answered, ‘Yes Lord, you know I love you’. Jesus said to him, ‘Feed my lambs’.

A second time he said to him, ‘Simon son of John, do you love me?’ He replied, ‘Yes, Lord, you know I love you’. Jesus said to him, ‘Look after my sheep’. 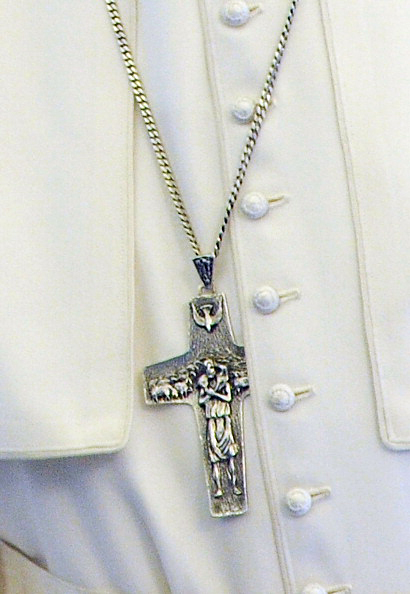 Come on people! 174 views but not a reply? I I know some of you find this interesting

Time will tell, I reckon, but I do beleive that God sends us the Pope we need for our time, and has all along, God Bless, Memaw

Please forgive my ignorance, but what does “Bark of Peter” mean or refer to? I’m also tempted to ask if this has any bearing to Peter’s bite. :o

Please forgive my ignorance, but what does “Bark of Peter” mean or refer to? I’m also tempted to ask if this has any bearing to Peter’s bite. :o

“Bark” (sometimes spelt “barque”) is an old-fashioned word for a ship or boat.

The “Bark of Peter” (= the Ship of Peter) is a time-honoured image for the Catholic Church, using the analogy of Noah’s Ark, which saved those who sailed on it when the Flood came.