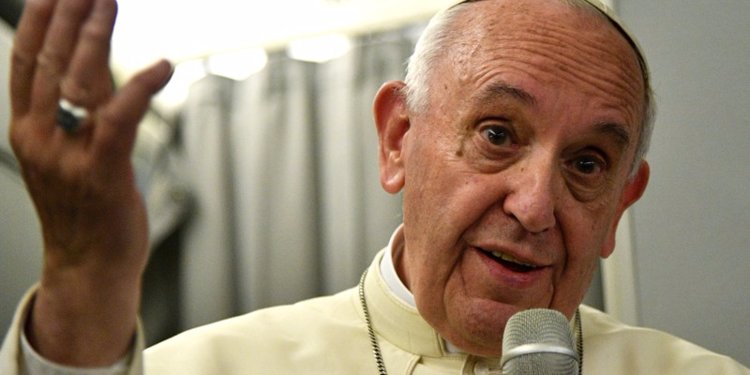 Pope Francis challenged Trump on his Jerusalem decision at the Vatican and on...

"I make a heartfelt appeal so that all commit themselves to respecting the status quo of the city, in conformity with the pertinent resolutions of the UN."

Jerusalem was supposed to be independent of both Israel and the Palestinians, likely to avoid such conflicts. Does anyone know exactly why that didn’t happen?

Jerusalem was supposed to be independent of both Israel and the Palestinians, likely to avoid such conflicts. Does anyone know exactly why that didn’t happen?

My guess, that fell through after the 6-day war that captured Palestine.

I thought the pope wanted “messes”. He seems to be somewhat rigorist about this Jerusalem topic. Maybe he should be open to surprises.

Give it time and not opine instantly on everything. Looks like he’s learned the wrong thing from Trump.

President Trump seems to be the voodoo doll of the left.

I was very surprised and disappointed that Pope francis weighed in as he did. Perhaps he is not as knowledgable in world history as he is in Catholic doctrine. Just as he was mistaken about climate change, he is again mistaken here. I pray he will stick to matters of faith in the future.

Why is he wrong? I’m sure he’s been wrong before.

“I make a heartfelt appeal so that all commit themselves to respecting the status quo of the city, in conformity with the pertinent resolutions of the UN.”

With all respect to Pope Francis, the status quo has done nothing to bring peace, and that’s because the Palestinian Authority and Hamas don’t want peace.

It’s largely because too many Palestinians don’t want peace and Isreal has been too ambitious with its settlements.

The Arabs have been at war with the Jews for over a century now. Israel accepted partition into two states in 1948. The Arabs refused, wanting only to kill the Jews. Israel has repeatedly offered to negotiate, making generous offers. Bill Clinton was shocked at the concessions Israel was willing to make. But the Arabs always refuse to negotiate a peace agreement, as so many of them are committed to killing the Jews.

So many world leaders make these bizarre statements, blaming the victims, the Jews, for the conflict.

I have thought for some time that the pope should live in Jerusalem, and walk in the footsteps of Christ. I believe this could have a profound move towards peace. 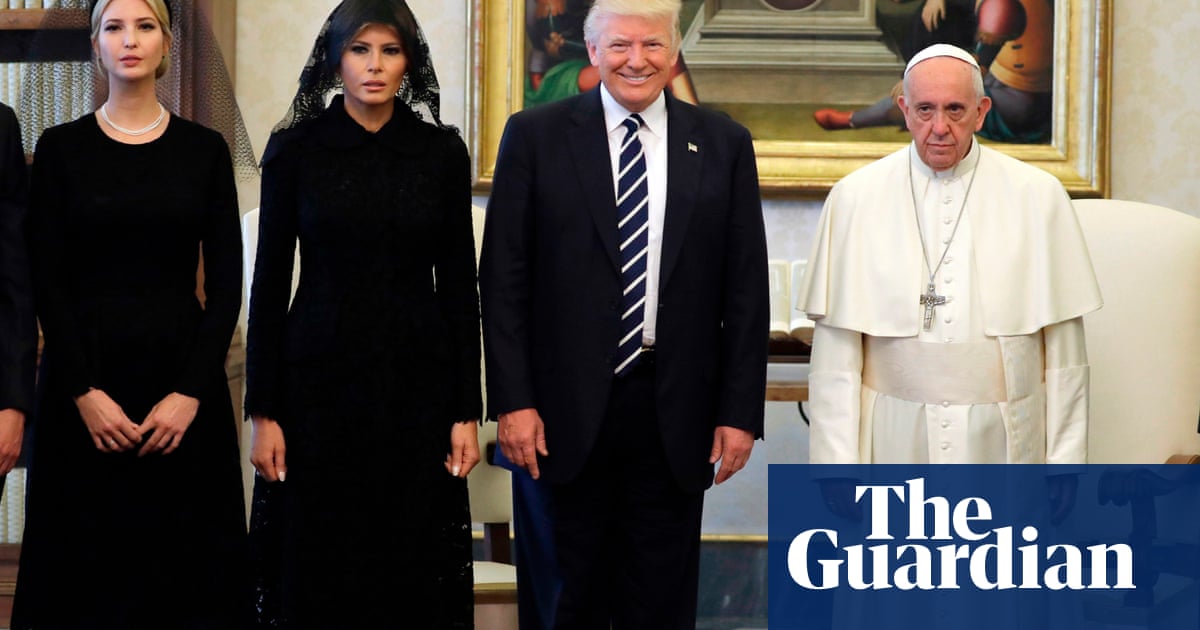 Article vetted by the Vatican offers scathing critique of Steve Bannon, who is Catholic, the Trump White House and ‘evangelical fundamentalism’ in the US

Prime Minister Trudeau announced that Canada will not recognize Jerusalem as the capital of Israel and will not move Canada’s embassy from Tel Aviv to Jerusalem.
Trudeau’s statement was made a few days after President Trump delivered on an election promise to recognize Jerusalem as the capital of the Jews.“We will not be moving Canada’s embassy to Jerusalem,” Trudeau said during his trip to China, adding: “Canada has a long-standing policy on the Mideast. We need to work towards a two-state solution through direct negotiations. That is why we will continue to engage constructively and substantively in the region and with our partners and friends around the world.

Prime Minister Trudeau announced that Canada will not recognize Jerusalem as the capital of Israel and will not move Canada’s embassy from Tel Aviv to Jerusalem.

would anybody expect anything else from trudeau?

he is as pc as they come.

why won’t these politicians take a minute and actually look, listen or read how muslims view israel and the jewish people?

Nearly a month ago, Sarah Idan was in a hand-beaded Swarovski crystal gown representing Iraq in the Miss Universe pageant. It was the first time in 45 years that Iraq had a contestant in the pageant.


she received death threats for just taking a picture with an israeli
really?

they were upset she had appeared in a bikini.
come on!

they want us to be tolerant; but, we don’t require the same thing of them.

I think that in Europe there are many countries that agree with the opinion of the representative of Canada.
Trump sets fire to the powder keg.

Trump has never convincingly spoken of having religious faith, but won the overwhelming support of white evangelical Christians in the 2016 elections.

The fake religious arguments are being used to demonise segments of the population – particularly when it comes to migrants and Muslims – and to promote the US as a nation that is blessed by God, without ever taking into account the “bond between capital and profits and arms sales”.

In this Manichaean vision [where the world is divided between good and evil], belligerence can acquire a theological justification and there are pastors who seek a biblical foundation for it, using scriptural texts out of context,”
"Rushdoony’s doctrine maintains a theocratic necessity: submit the state to the Bible with a logic that is no different from the one that inspires Islamic fundamentalism. At heart, the narrative of terror shapes the worldviews of jihadists and the new crusaders and is imbibed from wells that are not too far apart,” the authors state. “We must not forget that the theopolitics spread by Isis is based on the same cult of an apocalypse that needs to be brought about as soon as possible.”
In contrast, Pope Francis – with his emphasis on the need to build bridges, not walls, and his adamant refusal to conflate Islam and Islamic terrorism – is attempting to counter this narrative of “fear”

The Christian fundamentalism and Old Testament appeals to the apocalypse have shown themselves “not to be the product of a religious experience but a poor and abusive perversion of it”.

“This is why Francis is carrying forward a systematic counter-narration with respect to the narrative of fear. There is a need to fight against the manipulation of this season of anxiety and fear.”
It also criticizes conservative American Catholics who have aligned themselves with fundamentalist Protestants on issues like same-sex marriage and abortion, saying that what really united the groups was a “nostalgic dream of a theocratic type of state”.

In God We Trust. This phrase is printed on the banknotes of the United States of America and is the current national motto. It appeared for the first time on a coin in 1864 but did not become official until Congress passed a motion in 1956. A motto...