Sounds like the police have apprehended the probable killer in South Carolina.

Prayers out for all involved. 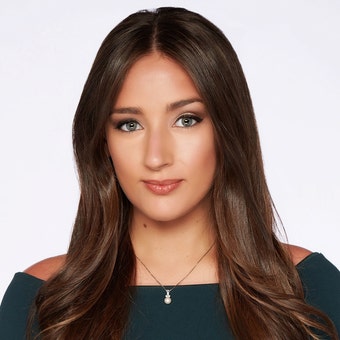 A South Carolina man was charged Saturday with the kidnapping and murderof University of South Carolina student Samantha Josephson; police say they believe he picked her up in a vehicle, killed her and dumped her body in a wooded area.

Chief William H. Holbrook, with the Columbia Police Department, said at a news conference on Saturday night that authorities had charged 24-year-old Nathaniel Rowland with killing Josephson, 21. A traffic stop reportedly found the victim’s blood in his car.

“Our hearts are broken, they’re broken. There is nothing tougher than to stand before a family an explain how a loved one was murdered,” Holbrook said.

According to police, Josephson was out early Friday with friends at the Bird Dog bar on Harden Street when members of the group got separated. After not being able to contact her at all the following morning, Josephson’s roommates contacted law enforcement.

Police learned that after leaving the bar, Josephson requested a ride from Uber and was last seen getting into a black Chevy Impala. . . .

. . . About 3 a.m. Saturday, a canine officer with the Columbia Police Department detected a black Chevy Impala . . .

. . . The suspect took off but was taken into custody after a short pursuit.

Upon returning to the vehicle, the officer observed what appeared to be large amounts of blood inside. Police got a search warrant and found similar samples in the trunk and passenger side of the car. Subsequent testing confirmed that the blood belonged to Josephson.

Police also discovered the victim’s cellphone in the vehicle, along with bleach, germicidal wipes and window cleaner. Holbrook said the child safety feature on the rear car doors had been activated, suggesting that Josephson might have been unable to escape. . . .

South Carolina man charged with kidnapping and murder of University of South...

A South Carolina man was charged Saturday with the kidnapping and murder of University of South Carolina student Samantha Josephson; police say they believe he picked her up in a vehicle, killed her and dumped her body in a wooded area.

This dude needs to fry. I can’t imagine how terrifying it must have been for that girl to suddenly realize her Uber driver was going to kill and probably rape her. Don’t get in a car alone with strangers!

This is my hometown, I have been to Harden Street many times and have many friends who went to USC so it hits close to home.

Was this guy really an Uber driver or she
mistakenly thought he was?

I think it was a mistake. She should not have gotten into this guy’s car.

The police think she may have THOUGHT he was an Uber driver. At least that was my impression.

Ok, thanks for the clarification.

It was unclear, but at the very least I think the man pretended he was an Uber driver. I cannot recall any time I have gotten in an Uber and before getting in, not verified with the driver. It even gives you a name of the driver and make and model of the car in the app. Granted the girl was most likely intoxicated, but I find it hard to believe she got in the first random car that stopped by and didn’t ask any questions.

Could be. More will be coming out and I will be watching.

I own my own vehicle, but if I needed a taxi, I don’t think I would ever use Uber or
Lyft.