To malphono’s question and BVT’s response as regards the Knanaites … while there are no liturgical differences, there are devotional and cultural practices that exist among the Knanaites which occur outside the Qurbana, but in conjunction with it - most commonly as regards marriage and funerals, I believe.

As well as the Knanaites of the Syro-Malabar and Syrian Jacobite Churches, there are much smaller communities of Knanaite Syro-Malankara Catholic and Orthodox. The former have provision made for them by:

As for the “Usages” within the Syro-Malabar Church, I read this elsewhere on this site

[quote=Irish Melkite]Usages in the Syro-Malarbarese Church - Other than the Knanaite, the distinction of “Usages” is not “official”. Rather, it is an effort to put to paper (in some logical and non-polemical form) the various liturgical variations that are currently prevalent in the Syro-Malabar Church as a consequence of the internal debate in that Church as to the form the Holy Qurbana should take.

What I describe as Assyro-Chaldean Usage is that of antiquity, to which Rome apparently hopes the Church will return (albeit, Rome itself effectively created the situation that resulted in it being initially abandoned).

Malabarese Usage is the term that I’ve applied to the heavily latinized Qurbana; those who support this Usage (and resist the idea of returning to the Assyro-Chaldean Usage) deem this to be “Indianized” - rather than “Latinized”.

Mixed (Chaldean-Malabarese) Usage seeks to describe a move on the part of some hierarchs and clergy to serve the Holy Qurbana in a way that incorporates some of the more ancient praxis without abandoning all aspects of the latinized form - essentially a hybrid usage. It is debated whether this is a genuine effort to effect compromise or simply a measure hoped to placate Rome and bring an end to its concern.

I do not have details as to the particulars of differences in praxis among the 3, other than that the orientation of the celebrant to the people and altar is involved. It is certainly a struggle to keep in mind that “Indianized” - to those seeking to avoid the return to an Assyrian form - is equivalent to “Latinized” - in the minds of those who want to see that return happen.)
[/quote]

I’d say that is a fairly accurate description.

I noted during the first ever English version of Syro Malabar version of the mass that I attended that the changes that are brought in Roman rite recently in terms of the literal translation of consecration words by the priests and certain response from the congregation were indeed followed faithfully in Syro Malbar rite since the beginning of the formation of Syro Malabar Liturgy! I felt great and just adored when the priest said in English " for many" instead of for all “and with your spirit” by the congregation etc. of course these are just few.

Yeah, the countdown is on… we get to use the updated English translation starting at the 1st Sunday of Advent; just about 3 or 4 months to go. I am a Spanish-speaker; the Spanish has always been closer to the Latin (“y con tu espritu” = “and with your spirit”), and the differences have driven me crazy for years.

Thanks for the links. I enjoyed listening to the music. Is it traditional to use the violin, triangle, and drums during the Syro-Malabar liturgy?

Are these the traditional style for Malabar churches?

To malphono’s question and BVT’s response as regards the Knanaites … while there are no liturgical differences, there are devotional and cultural practices that exist among the Knanaites which occur outside the Qurbana, but in conjunction with it - most commonly as regards marriage and funerals, I believe.

The history of southist(Knanaya) is little bit complicated.

PS:As per this local songs(Songs of Lord Thomas) St Thomas visited India twice. First visit lasted only 8 days and he converted a small number of cochin Jews and appointed a Jewish prince named Keppa as the bishop of Malabar(Western Cost) and another bishop Pathros (Peter)for Mylapoor (Eastern cost) after that he went to north and during his second visit he converted large number of people ).

This is the reason why People in Malabar think that origin of their church was independent. And people proudly say that “we follow the “way of Thom’s” “(Marthoma margam).

Regarding knai thoma
3) Knanaya Catholics) claim that kani thoma was a jewish merchant from the Southern kingdom.:shrug:
4)Armenians in india claim that He was an Armenian merchant.:o
5)Neutral historians claim that he was a Chaldean merchant send by Chaldean patriarch.

6)Knanaya jacobites claim that he was an Antiochian bishop sent by Antiochian patriarch.:rolleyes:
7)The marthoma Christians (Syro malabr) claim that these are all fabricated story. 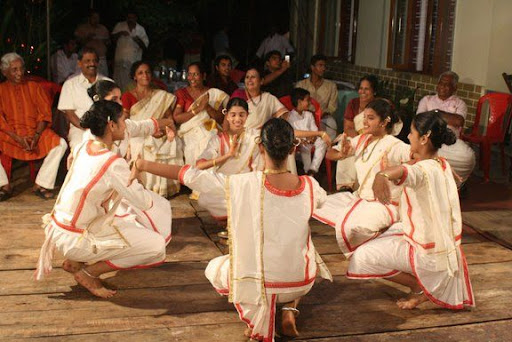 Mar Yohannan(1490-1503)
Mar John(Mar Yohannan) was one of the legendary metropolitan of the Church of Malabar of st Thomas Christians.
en.wikipedia.org/wiki/Mar_Yohannan

The legend began in earnest in the early 12th century with two reports of visits of an Archbishop of India to Constantinople and to Rome at the time of Pope Callixtus II (1119–1124).[10] These visits apparently from the Saint Thomas Christians of India cannot be confirmed, evidence of both being secondhand reports. What is certain is that the German chronicler Otto of Freising reported in his Chronicon of 1145 that the previous year he had met a certain Hugh, bishop of Jabala in Syria, at the court of Pope Eugene III in Viterbo.

In 1122, Mar John, Metropolitan designate of India,with his suffragens went to Constantinople, and thence to Rome,and received the pallium from Pope Callixtus II. He also narrated to the Pope and the Cardinals the miracles that were wrought at the tomb of St. Thomas at Mylapore. These visits apparently from the Saint Thomas Christians of India cannot be confirmed,because evidence of both being secondhand reports. Later, a letter surfaced during the 1160s claiming to be from Prester (Presbyter or Priest) John. There were over one-hundred different versions of the letter published over the next few centuries. Most often, the letter was addressed to Emanuel I, the Byzantine Emperor of Rome, though some were addressed to the Pope or the King of France.

A Latin text with its Hebrew translation as follows:
Praete janni invenitur ascendendo in Kalicut in arida… and this is true proof and well-known knowledge about the Jews who are found there near Prester John. Reading the Hebrew letters of Prester John shows that Prester John lived in India, or to be more precise, in Malabar (southern India).

Connecting Prester John with India is inevitable from the Hebrew text on the one hand, while data from the legend will support the Indian origin on the other. First of all, India is mentioned several times in these letters (pp. 41, 89, 107, 119, and more). Second, Kalicut which was one of the most important port-cities in Malabar in southern India (the place where Vasco da Gama was sent), is mentioned in one of the letters.Third, these facts would definitely suffice but further evidence appears in the form of statement:
“In the large India is buried the body of St Thomas the Apostle.”

Fourth, the author of the letters mentioned that pepper grew in his land (pp. 55, 91, 131), vegetation typical to Malabar in southern India[11] Fifth, there are some stories in the letters concerning warriors riding elephants . It is well known that unlike the African elephant only the Asian elephant could be trained. That is to say that the letters include information about India.

Read full story here supporting prester john as a bishop of malabar (or a king?)

system closed September 21, 2017, 2:30am #37
← previous page
DISCLAIMER: The views and opinions expressed in these forums do not necessarily reflect those of Catholic Answers. For official apologetics resources please visit www.catholic.com.