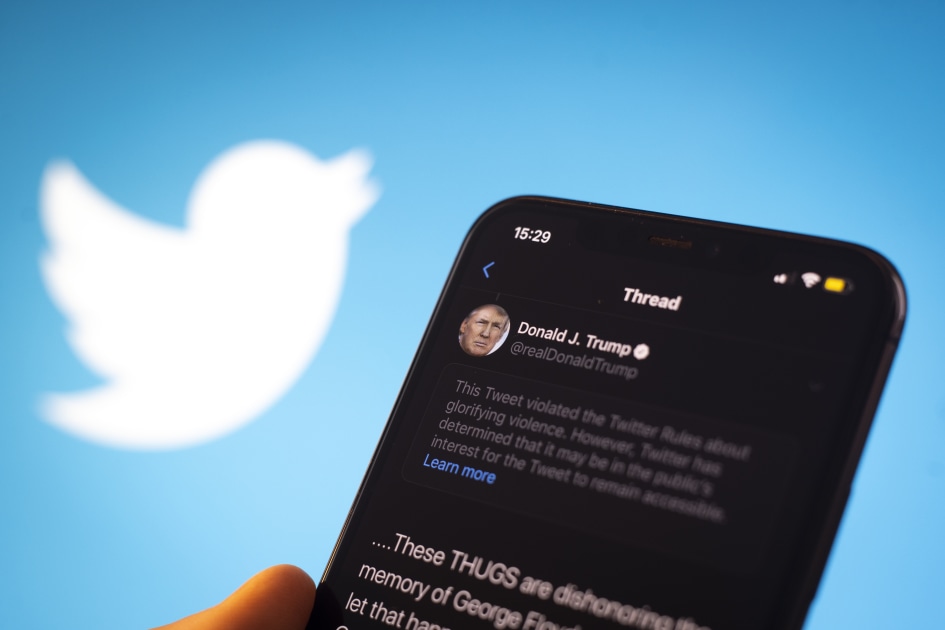 Twitter has confirmed President Trump will lose his protection against bans and other restrictions when he leaves office in January.

Twitter’s separate standards for politicians will no longer apply.

Twitter instituted its policy of refusing to ban politicians in response to President Trump, but the leader won’t enjoy that protection once he’s out of office. The social media giant has confirmed to Engadget and The Verge that Trump will lose “public interest” safeguard on his personal account once President-elect Joe Biden is sworn in at noon on January 20th, 2021. When that transition takes place, Twitter can ban Trump or otherwise crack down on him like any everyday user.

“This [public interest] policy framework applies to current world leaders and candidates for office, and not private citizens when they no longer hold these positions,” Twitter said in a statement to Engadget.

Official accounts (such as @POTUS, @FLOTUS and @WhiteHouse) will still receive protection as they’ll transfer to the Biden administration.

Twitter has taken a number of steps to limit Trump’s influence when he tweets known false or incendiary statements, such as applying fact check labels and hiding posts that promote violence. The company hid four posts on November 6th alone, when Trump made unsupported claims of voter fraud.

However, Twitter has also faced accusations of using the public interest claim to avoid retaliation from Trump and his political allies. Trump signed an order potentially limiting protections for social media firms shortly after Twitter used its first fact check label — the company likely won’t have to worry about responses like those under Biden.

A change like this was largely expected, but also sets up a potential confrontation. Trump has a large following on Twitter, and he relies heavily on the social media site to share his views. There could be an uproar if Twitter bans him, even if his posts are no longer a matter of public record.

I predict he tweets something after noon on Jan 20, 2021 and he gets suspended from Twitter on that day…

No one. Twitter isn’t necessary for one to exercise their speech.

Then he could join us here on CAF.

Then he could join us here on CAF.

Well, that would be a flaggie day!

No, actually, I would say no one should flag him and we could just enjoy the conversations.

That’s the cost of almost no censorship. Twitter and Reddit both transitioned from their almost-no-censorship foundations after harassment and toxicity became a problem.

Did you read the link he posted? It’s blurred but just click it and the link appears.

Parler is one of the favourite social media networks for white extremist. Gab is another such network.

Well, it stands to reason that when you have networks with little or no censorship, they’re going to attract the extreme viewpoints that get kicked off the networks that do censor.

I don’t belong to Twitter, Parler, Gab or any such networks, but I don’t make assumptions about people for just joining them (as opposed to assumptions based on what said people actually post).

I mean let’s not forget the hate speech from he Muslims on Twitter.

If you guys really want our country to heal you need to stop throwing around “white supremacy” anytime you don’t like something.

Parler is one of the favourite social media networks for white extremist. Gab is another such network.

I don’t think Mark Levin is a white extremist.

As my 14-year old son would say, Twitter is ‘trash’ and a complete waste of time and brain cells.

I don’t think Mark Levin is a white extremist.

My previous statements are not meant to target him. Stating that people of some preference prefer some network does not imply that people on that network or that manage it all share that preference.

stop throwing around “white supremacy” anytime you don’t like something.

Sometimes one is calling a spade a “spade.” Liking or not liking isn’t necessarily a factor.

I mean let’s not forget the hate speech from he Muslims on Twitter.

I listened to an NPR article yesterday talking about Twitter. If someone is using it in a non-English language then they can forget about getting moderation that is half-way effective as it is for English speaking USA people (and I don’t think it was effective moderation to begin with). One reason for this is the company’s workers are primarily English speaking and are effectively illiterate for posts made in other languages. There have also been issues with election misinformation on Twitter spreading for non-English speaking languages where people within twitter don’t have the literacy or contextual understanding to apply moderation.

Twitter may be seen as acting on this, as they’ve partnered with the Anti-Defamation League and have policies against such statements.

That said, I’m not in agreement with their world leaders policy. If someone is in a high enough position I. their government, they can spout all types of hateful things and be exempt from moderation

This has happened with YouTube, Facebook. Gab is interesting in that their income isn’t based on advertisement. For Gab people mail in paper cheques to pay for premium features (the last time I checked the major payment processors and some banks cut ties with Gab leading to paper cheques being the method of payment).

Parler says that they plan to start selling ads that will show along side specific “Influencers.” Since advertisers will be picking and choosing the people associated with their ads, if a boycott occurs it is expected to be against specific influencers.