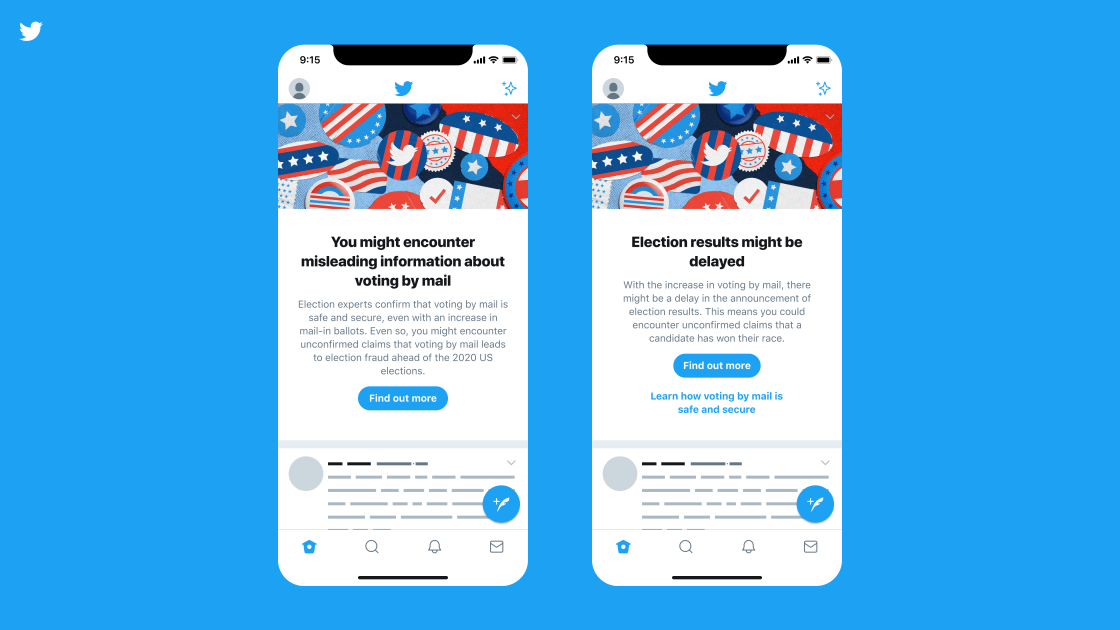 Twitter will add messages to the top os users timelines to debunk misinformation about voting and election results.

The company wants to slow the spread with PSAs.

Twitter is taking a new approach in its fight against election misinformation. The company previewed a series of PSAs it will place at the top of US users’ timelines and in search results that are meant to “preemptively” debunk falsehoods about voting and election results.

The notices, which will begin appearing Monday, will notify users that “you might encounter misleading information about voting by mail,” and “election results may be delayed.” Both messages will link to a Twitter Moment with more details.

#Election2020 is unlike any other in US history. With so many more people voting by mail and potentially delayed results, starting today, we’ll show you prompts in your Home timeline and Search to help you stay informed on these critical topics.

According to Twitter, the new messages are meant to slow the spread of misinformation ahead of an election in which we may not know the results until well after November 3. The company has previously introduced a hub for election-related news and updated its policies so it can take more aggressive steps to label tweets with false or misleading claims about the election.