🇦🇺 UPDATE: Australia Q1 GDP down 0.3%, modest drop compared to many countries, likely in first recession in decades | Australia seems to be keeping a lid on covid-19 – how is it doing it?

I almost thought the earlier slight easing of restrictions led to a surge in cases in Australia:

image1063×303 29 KB
But it seems to be a problem with a meat facility that’s difficult to contain.

Also among the state’s new cases is one case linked to the McDonald’s outlet at Fawkner in Melbourne’s north and four cases suspected to be the result of community transmission.

Victoria records a further 11 cases of coronavirus, including two linked to a Melbourne meatworks and one linked to a McDonald's outlet, bringing its total to 1,554.

A reminder: Some Australian states closed their borders to residents of other states. Those entering their states were quarantined at hotels.

Prime Minister Scott Morrison has revealed a glimmer of hope that domestic tourism will be “back on its feet” in the near future, following National Cabinet today.

“As the borders fall internally, Australians can hopefully return to domestic travel and travel around the country more widely, particularly with school holidays coming up in July,” Mr Morrison said.

Australia isn’t the only country that curbed the virus. Japan did it too. Even though Japanese government was VERY SLOW to react, and they were VERY RELUCTANT to shut down their borders, fearing that it may anger China and also impact the Olympics. The Japanese people, on the other hand, SAVED the country. Here’s why:

Still stable a week after “Phase 1” reopening (many differences between states).

The State Government says it is now time for "Western Australians to really shine" as the economy kicks back into gear under phase two of eased coronavirus restrictions.

Time will tell as incubation is 14 days.

What about China though. Effectively ending our barley trade with them.

Federal Agriculture Minister David Littleproud says Australia is not in a trade war with China and will not retaliate over the economic superpower's decision to set an 80 per cent tariff on barley imports, effectively ending farmers' access to the...

I like the industry spokesmans idea though ie. Australians need to drink more beer.

The Treasury Department has revealed a "significant error" in how businesses have applied for JobKeeper will save the government $60 billion.

The Federal Treasury has admitted a “significant error” in the Morrison government’s JobKeeper application form has greatly inflated the number of people using the scheme and its total cost.

In a statement released on its website, the department revealed the $130 billion program - the centrepiece of the government’s response to the coronavirus pandemic - was likely to cost $70 billion and cover 3.5 million workers, rather than more than 6 million.

Here are the best shots traded across states as premiers bicker over domestic...

In the war of words around state border closures, three main players step up and exchange points of view: one with the backing of national medical authorities, the others with a more local, political motive.

"Do you think I should listen to them? I’m not listening to them.

The two main agitators, New South Wales Premier Gladys Berejiklian and Western Australian Premier Mark McGowan, have been squaring up across the country.

Meanwhile, Queensland Premier Annastacia Palaszczuk also entered the ring, holding the rope for her Transport Minister Mark Bailey, neither missing a chance to take a crack at the southerners.

Meanwhile, Queensland Premier Annastacia Palaszczuk also entered the ring, holding the rope for her Transport Minister Mark Bailey, neither missing a chance to take a crack at the southerners.

I’m a bit torn on what Queensland should do. We’ve virtually eliminated the virus and it’s nerve wracking imagining a new wave with the border opened. But at the same time, we know that NSW and VIC only have higher rates of infection by virtue of them being the primary entry ports for tourism and trade. Not because of poor management. Every tourist entry point around the world has had to deal with each countries worst outbreak for that reason.

Personally I think in fairness, we should take the leap of faith in time for the next holiday season. (with fingers crossed)

SA accelerates relaxation of coronavirus restrictions ahead of schedule

Pubs and restaurants will be able to serve up to 80 patrons in South Australia, while gyms and museums can reopen from next week as the state again relaxes restrictions ahead of schedule.

No new positive coronavirus cases have been recorded in South Australia since May 7, keeping the total at 439.

South Australia has 1 new case, the first since May 7, but the details here are important. An “imported” case is different from a case where the virus was contracted locally. This also emphasizes the importance of mandatory quarantine at a designated site along with testing capacity to meet the demand.

SA records its first new coronavirus case in more than two weeks after a woman who travelled from Victoria was tested — but health authorities say it will not disrupt plans to relax restrictions.

SA Health said the woman aged in her 50s had travelled from overseas to Victoria where she had been quarantined in a hotel for less than a week, before travelling to South Australia.

She was given an exemption to fly to South Australia for “compelling family reasons” and was tested on arrival at Adelaide Airport.

Chief Public Health Officer Nicola Spurrier said the woman is now isolated and there is “no further risk” to anybody in South Australia.

Coronavirus hotspots and clusters are of particular importance because of the elevated risk of community transmission (including unknown source of infection). Precautions may include increased testing, surveillance, lockdown measures and quarantine.

But at the same time, we know that NSW and VIC only have higher rates of infection by virtue of them being the primary entry ports for tourism and trade. Not because of poor management.

With NSW having 50% more cases than any other state, it is a stark statistic & defiantly highlights a poor early response by the NSW State Government. Sure the tourism industry has a lot to do with it, however this is MISMANAGEMENT of those industries.

The Japanese government is considering easing its entry ban on visitors from Thailand, Vietnam, Australia, and New Zealand currently in place due to the coronavirus pandemic, a government source says.

As of Monday, Japan has imposed entry bans on 111 countries and regions including the United States, most of Asia and all of Europe. The country’s current border control measures are in effect until the end of June.

But will Australia reciprocate? Same with New Zealand. With NZ, how do you maintain a strategy of eradication and at the same time planning to open your borders to countries that haven’t? Australia only did suppression and has been successful. Japan never had a lockdown at all and managed to flatten its curve fast. Both still have new cases though much less than most places in the world around 10 each day for the whole of Australia and a bit more for Japan. The only places NZ can open its borders to are a few Pacific Islands that didn’t get any cases.

Although most people in these two areas commute by train, talking on the train is FROWNED UPON as it’s seen as annoying.

A significant decline in new infections, earlier-than-expected easing of restrictions and signs that hours worked stabilised in early May auger well for a recovery.

“There has also been a pick-up in some forms of consumer spending,” Lowe added.

States and territories across Australia have been easing social distancing regulations at differing paces in recent weeks, slowly ending a partial lockdown ordered in March, having largely contained the COVID-19 pandemic.

Australia's central bank held rates at all-time lows on Tuesday and sounded less gloomy as the economy gradually re-opens during what is likely to be the worst quarter since the Great Depression.

Australia’s economy contracted 0.3 per cent in the March quarter, according to new economic figures that make it certain the country will officially be declared in a recession in September.

Growth in gross domestic product grew just 1.4 per cent in the 12 months to March 31 as the economy took a hit from the bushfires and the beginning of the coronavirus crisis, figures from the Australian Bureau of Statistics showed on Wednesday.

Australia’s 0.3 per cent economic downturn in March was much smaller than the 1.3 per cent drop the US experienced, or the 2.0 per cent contraction in the UK and 3.8 per cent in the eurozone areas, Ms Deda said.

Australia's economy contracted 0.3 per cent in the March quarter, with the country certain to be declared i... 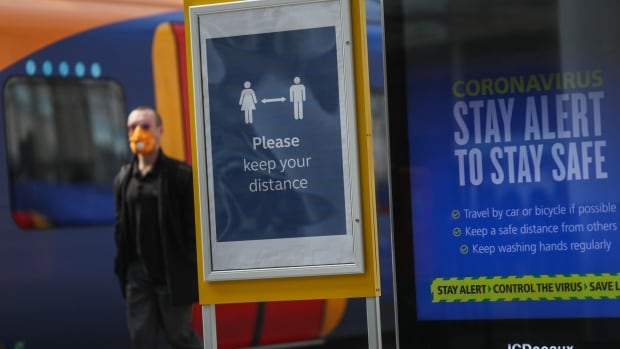 March was the biggest plunge in Canada's GDP on record — and April's numbers...

Canada's economy shrank at an 8 per cent annual pace in the first three months of 2020, as an already weak economy in January and February was walloped by COVID-19 in March.