🇦🇺 UPDATE: Claims guards at Melbourne quarantine hotels had sex with isolated guests, sparking new outbreak | Australia seems to be keeping a lid on covid-19 – how is it doing it?

Australia’s response to the pandemic has largely centred on shutting its borders, limiting public gatherings and conducting large-scale testing and contact tracing.

Travelling overseas is banned, foreigners aren’t allowed to enter the country, and Australians who return from other countries are kept in mandatory quarantine at specially designated hotels for two weeks.

Australia seems to be keeping a lid on covid-19 – how is it doing it?

The rate of new coronavirus cases is dropping in Australia, largely due to strict travel restrictions, but complacency could cause the virus to get out of hand

In February, Australia was expecting a budget surplus this year. It’s probably going to be gone by the end of this pandemic. So not only will they contain the outbreak in their country, they will also weather the economic storm after this better than most.

Australia’s $5 billion budget surplus is under growing pressure from a hit to growth from the spread of the coronavirus, with Treasury officials calculating the damage ahead of a global summit this weekend.

The economy has withstood the summer bushfires, but the coronavirus' impact on growth, tax revenue and the budget is highly unpredictable.

Wage subsidies designed to save six million jobs will be approved by federal parliament when a reduced number of politicians meet in Canberra.

Unions and the coalition [i.e government] have struck a deal on the measures, with more protections for workers built into the draft laws.

Under the scheme, coronavirus-affected businesses will get $1500 in fortnightly payments to pass on to each employee. 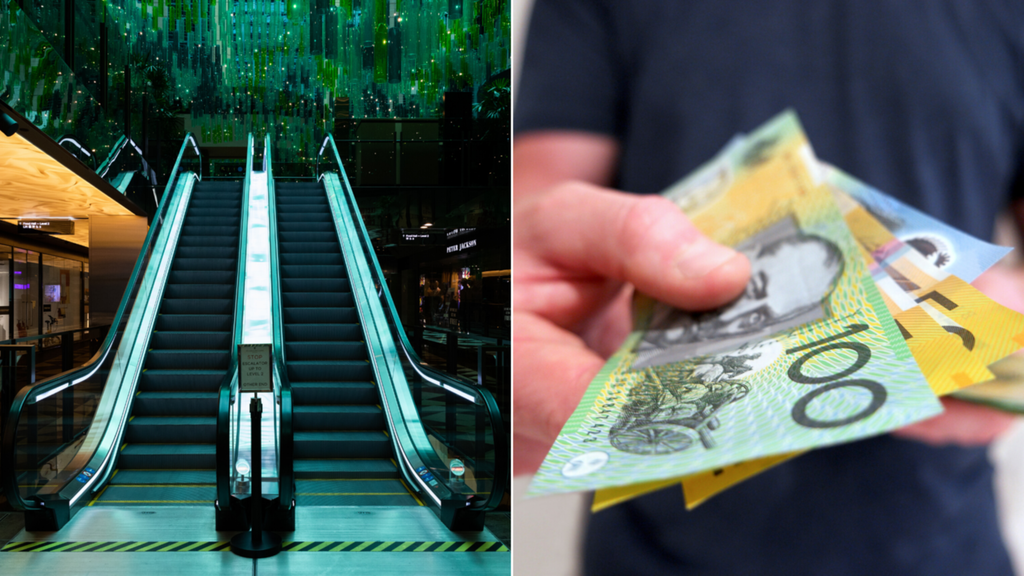 CASH APPROVED: How job seekers can access $1500 during coronavirus crisis

The money is available to sole traders, non-for-profit organisations, full time, part-time and some casual employees.

Australia’s response to the pandemic has largely centred on shutting its borders, limiting public gatherings and conducting large-scale testing and contact tracing.

You might have expected Hong Kong—densely populated, high median age, tons of international travel, right on the Chinese mainland with direct flights to Wuhan—to have gotten hit hard by the coronavirus.

This Medium piece looks at what Hong Kong did right:

They took it seriously from the very start, they acted quickly, and as a result they managed the outbreak with minimal loss of life and economic destruction.

Just your daily reminder that our experience of the pandemic in America was neither impossible to predict nor impossible to stop. What it is, is the largest executive failure in our nation’s history."

Paired with a smartphone app to analyze communication signals and alert the government of escapees, the setup is suited for the city's dense, vertical living environment.

Hong Kong is a city, can’t compare it to the whole USA.

As you noted, HK acted more decisively BECAUSE of their experience with SARS.
It killed ~300 people there, none in the USA. If anything SARS taught US states not to worry too much about such epidemics.

Given our laws and lack of negative experiences the past 100 yrs, we could not have reacted so decisively on the threat which had not yet materialized, not across the whole USA.

The best we could have done would have been for NYC to have acted more decisively since they were at greater risk than any other metropolitan area. If NYC had responded early to the threat, our numbers would likely be half of what they are, both in infected and deaths.

On the whole though, we’ve flattened the curve sufficiently to prevent ICU overload. No State has run out of beds or ventilators. That was the objective, not eradication.

Hong Kong is a city, can’t compare it to the whole USA.

It is a great comparison to NYC. Perhaps to NYC^2.

Given our laws and lack of negative experiences the past 100 yrs, we could not have reacted so decisively on the threat which had not yet materialized, not across the whole USA.

On the whole though, we’ve flattened the curve sufficiently to prevent ICU overload.

We did. The lingering questions are:
Do we understand the rokle that the lock fdown played in getting this all under control?
Can we build a restart that recognizes that?
If we stumble on those we are back to the ides of March.

The reality is that there is NO wide spread testing in fact there is a criteria in place for testing.

You must meet the following if you display flu like symptoms

And all this prior to the specific covid19 test. There are examples on local radio of people being turned away and denied testing if they haven’t met the above criteria.

Australia as an island nation is isolated just enough to keep the numbers down and control border movements very well.

The reality is that there is NO wide spread testing in fact there is a criteria in place for testing.

This is what most places have done. That said, Australia using this criteria has managed to test at one of the highest rates in the world. Iceland being an outlier is due to the fact they have a very small population.

So even though more improvements could be made, in relation to what the world is doing, Australia is doing better. But as the OP link mentioned, Australia must maintain what it is doing now at the very least.

New York, New Jersey and Michigan make up around half of U.S. deaths.
That is 3 states out of 50 plus our territories. @dvdjs

We did not blow it!!! Stop gleefully trashing our country and our president.

I note that that @dvdjs did not mention the president, nor was there glee. Stop? There is no need to stifle opinions you do not want to read through intimidation.

There are 1.8 million cases world wide. The US has had 560,000 of those cases, with the next closest nation with 166,000. This is data, not trashing. Australia has had 6,000. The United States has seven times the number of cases per capita as Australia.

So, I think there is a solid case that we are not doing well, based on the data. Now we can try and learn from the people of not-America, but that requires us to be honest and set aside our exceptionalism.

It has nothing to do with exceptionalism @pnewton.

We are all aware of those who post daily here at CAF trying their best to make our country and especially President Trump the bad guy. And they gleefully delight in posting the most negative replies or threads to shame President Trump and portray him in a disrespectful way or that the United States is always to blame
for something.

The data depends on the accuracy of the information availabe - the amount of testing is important.
How many were not tested?
There are many factors.

The first models predicted 2 million dead in the U.S. What data was used for that
model?

We instituted strict border and internal movement controls fairly early, and most communities are doing a commendable job with abiding by the regulations (with our boys and girls in blue fining the rulebreakers).

Of course, life in isolation is somewhat problematic and there are a large number of issues that need to be ironed out, namely in respect to the economy. The nation-wide closure of many non-essential businesses has caused a lot of latent issues to rise to the fore, particularly that many households have extraordinarily levels of debt and minimal savings due to the very high cost of living (especially rent) in Australia.

I usually don’t respond to post in which I am addressed in the imperative voice. But I will make an exception for this post.

I request that you remove the comment about my emotions when posting facts about COVID-19. You have no basis for knowing what you posted about my motives. In reality, you couldn’t be more wrong about them. And the post is a gross violation of forum rules.

The first models predicted 2 million dead in the U.S. What data was used for that
model?

The SIR model, with an awareness of the novelty of the virus, estimates of Ro and lethality from earlier outbreaks, and based on the then current lack of mitigation efforts.

That model is a good one. But is should be understood what models are and do.

Models are not facts. They are snapshots in time which attempt to predict, with varying degrees of confidence, what the future might look like, dependent upon a number of variables—which may, or may not, remain constant.

One of the hallmarks of know-nothing conservatism is that people will take a model, strip out all of the context and caveats, pretend that the model definitively “predicts” something it does not, and then try to dunk on it if the exact outcome does not materialize precisely on schedule.

1. Morons Models are not facts. They are snapshots in time which attempt to predict, with varying degrees of confidence, what the future might look like, dependent upon a number of variables—which may, or may not, remain constant. One of the...

I can’t really imagine anyone else doing things a lot differently than the way Trump did them.

Not sure why you want to make this about Trump.
However, is that among places that have been “doing things a lot differently than the way Trump did them” you would have to include Hong Kong and Australia. And Taiwan, South Korea, NewZealand, Singapore, …

The point is that there are ways to work through the pandemic. We have a lot to learn for what works. And we will have to decide on our willingness to adopt successful measures.

we are doing really well.

Sure, if we are so desperate to find some saving quality for our mistakes.

Until our markets crashed we did nothing but pat ourselves on the back.

Australia has a tight control over its people. And in general Australians tend to obey.

As an Australian, that’s a bizarre appraisal.

Not sure why you want to make this about Trump.

Mostly because others have made it about Trump. If there is a criticism, it is laid at his door. Kook at the reaction to those people who drank aquarium cleaner! And yet no corresponding accolades when many people’s lives were saved by using the actual medicines that Trump had mentioned.

The thing is, many on the Left–not all!-- are very slippery in the way they talk about things.