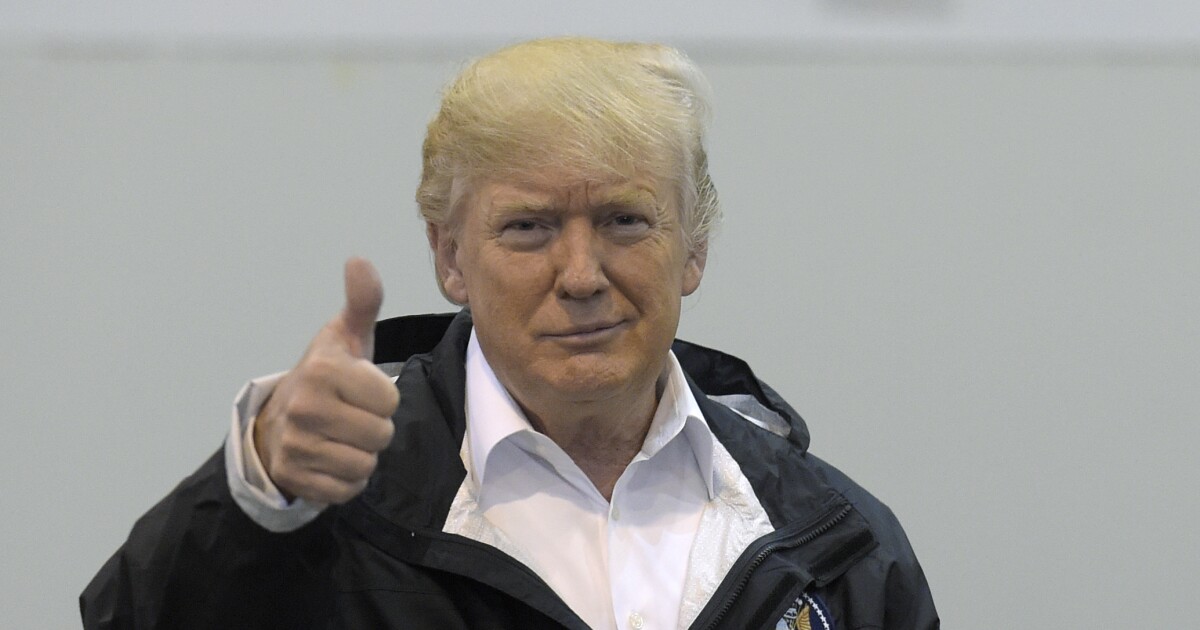 On the heels of companies dishing bonuses of up to $3,000 to over one million workers due to the anticipated benefit of President Trump’s tax reform victory, several major utilities have announced plans to cut rates in a consumer payback related to...

I thought Trump’s tax cut was only supposed to benefit the rich. I bet he is going to be mad when he finds out about this.

I thought Trump’s tax cut was only supposed to benefit the rich. I

You are probably alone in that assessment.

Pretty sure that comment by Ucfenger was tongue in cheek…

Swiping at phantoms. Why? What is the message?

You clearly agree Trumps tax reform benefits everyone across the board,however the mantra from the left it it only benefits the rich.Seems the tongue n cheek comment went over your head

however the mantra from the left it it only benefits …

I have heard the criticism that it disproportionately favors the rich, that much of the claimed middle class benefits are based on sketchy economic projections rather than actual cuts, that it provides permanent cuts to corporation but temporary ones to individuals, …

I have not heard that it “only” benefits the rich.

Some ominous commentary on this tax cut

Republican tax plan will kill you and destroy the planet
The Mayans were wrong. The world didn’t end in 2012, but it will end before 2018 because of a human catastrophe that not even the ancient Mayans saw coming - Donald Tr*mp.

Tr*mp is such a bumbling amateur politician that he’s actually keeping his campaign promises! Of course, this only further proves his underlying character flaws and mental instability which make him unfit to be the leader of the once free world.

Of all the promises he’s had the temerity to keep, none has been more destructive than his plan of “tax relief” for the wealthiest Americans. So much could be said, but let’s focus on the two worst aspects of how tax relief is bad for the middle class, bad for America, and bad for the planet.

First, more Americans will be allowed to keep more of what they’ve been conditioned by Fox “News” to perceive as their money. Never mind for now the ethical and moral issues of robbing the government, even though that’s one inevitable outcome, but think of what will happen if more Americans have more access to more money.

Americans will engage in riskier behaviors that they otherwise couldn’t afford like skydiving. When Obama was president, fewer Americans could skydive which meant fewer innocent people were at risk of being crushed by a falling octogenarian celebrating his 80th birthday. But now all that’s about to change. Unbiased studies indicate that over 1.3 million children are at risk every day of being struck by just such a human meteor, most of them underprivileged minorities, women, and transgendered.

More Americans will be put to work as paid wage slave laborers completely at the mercy of their corporate overlords who will demand punctuality and performance in order to get a “raise”. For each American put to work, there is one less American who will have the opportunity to discover the benefits of unemployment, to realize one’s artistic ability, to discover the cure for cancer. Such a loss hurts all of us.

But most affected will be Earth Mother. Unbelievably, there is going to be a reduction in corporate tax rates! As if it wasn’t bad enough that more money wrung from the bleeding lips of the widows and orphans goes into the coffers of large corporations. No, now there will be more corporations polluting our air and our water until Climate Change obliterates our globe. Again, women and minorities will be the most severely impacted by the destruction of our earth.

Perhaps Tr*mp’s removal of Climate Change from the list of national security threats could be excused by his low IQ, but no more. Now we see that he has ingeniously conspired with Russians and corporate CEOs to wreck the planet while he enjoys a cigar, plays a round of golf, and laughs maniacally.

Of course we should impeach Trump for his crimes against humanity, especially women and minorities, but with the passage of this tax bill, it may be too late.

I have not heard that it “only” benefits the rich. 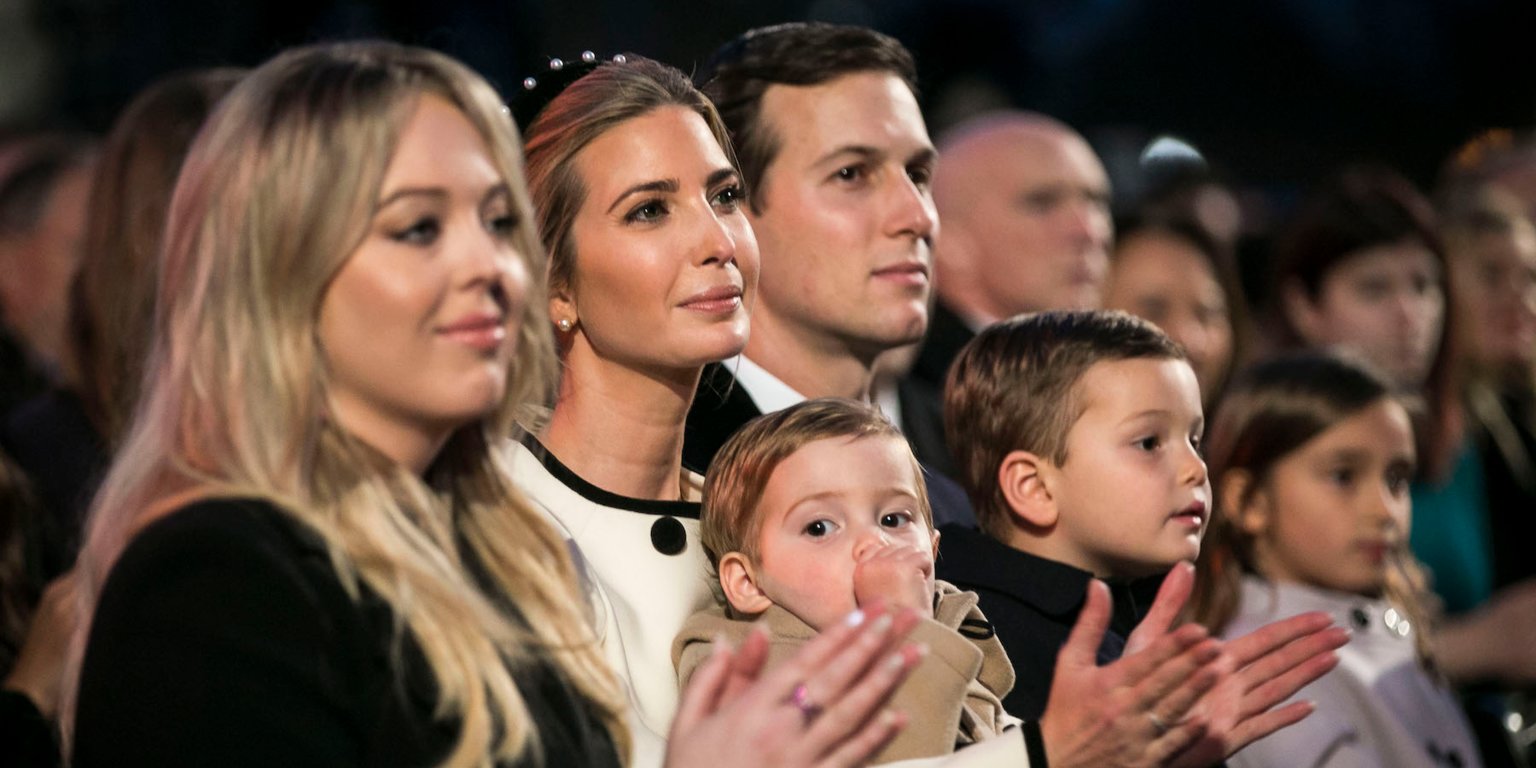 Several aspects of the House Republican's tax plan could be a boon for wealthy Americans. Analysis | Is the GOP tax plan an unprecedented windfall for the wealthy? We...

We looked at the 10 largest tax cuts of the past 50 years to see if this would be the most regressive plan in U.S. modern history. there was any historical precedent for the extent to which the Trump tax cuts benefit the wealthy. Opinion | Who wins biggest in the GOP tax plan? The lazy rich.

Wealthy layabouts will find a lot to like in the GOP tax-reform proposal.

Did You Catch the Huge Loophole in the GOP Tax Plan? The Rich Sure Did.

More tax benefits for the wealthy

What a surprise: another tax plan to help the super rich

Despite a few sops to middle class families with children, the Republican bill redistributes wealth upwards

Republican Tax Rewrite Helps Some Millionaires but Hurts Others

The House tax overhaul raises taxes on high-income earners who make their money through labor, but delivers a huge tax cut to passive business owners. 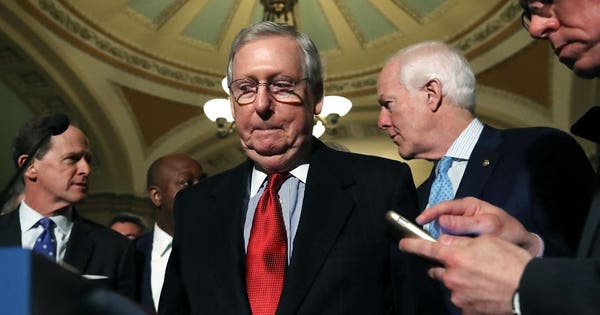 6 Ways The Proposed Tax Plan Hurts Everybody (Except The Wealthy)

A half-dozen aspects and implications of the Senate and House tax plans will be negative for most people in the country.

There’s no way Republican lawmakers would have done this on purpose, right?

It is for the Rich on the long haul.

I’ve yet to hear from my own Utility about any rate cuts.

So for as the article is concerned, there may only be 4 Utilities cutting rates in all actuality.

you are nit picking at the word “only”

Please don’t call that nit-picking. I have already stipulated that there has been objection because of a disproportionate share to the rich. That is a discussable point, but “only to the rich” is not.

Changing the the words that people actually use in their argument to something else, then criticizing and even ridiculing the adulterated argument - is strawman tactic that gets in the way honest and potentially productive discussion.

It is for the Rich on the long haul.

I’ve yet to hear from my own Utility about any rate cuts.

So for as the article is concerned, there may only be 4 Utilities cutting rates in all actuality.

Certainly 'the rich" benefit, depending on how their own incomes and taxes are structured. But remember how Warren Buffett bragged that he paid less in income taxes than his secretary? The truly “rich” might not get any benefit because they might not need it.

But there’s little question that most “non-rich” will.

As to utilities, they vary a lot. Some make profits and some don’t. But since by and large they do, they, like banks, are almost certain to benefit from the corporate tax cut, because there isn’t all that much either of them can do to shelter income the way some corporations can.

you are getting worked up about a tongue-in-cheek comment that you did not get (as already pointed out). ill call it nit picking.

you are getting worked up about a tongue-in-cheek comment that you did not get (as already pointed out). ill call it nit picking.

LOL. You have no idea about my being worked up. But it just seems irresistible for some to put words, motives, and even emotions into other peoples metaphorical mouths.

The fact it is this strawman approach is a recurrent polemical tactic. That breaks down productive discussion.
There is no good defense for it, and it deserves to be called out.

I have heard the criticism that it disproportionately favors the rich, that much of the claimed middle class benefits are based on sketchy economic projections rather than actual cuts, that it provides permanent cuts to corporation but temporary ones to individuals, …

That last objection says a great deal about how the media portrays the news. The reason the tax cuts on individuals are only temporary (10 years) is because Republicans couldn’t get any Democrat to support the bill, thus they had to go through the reconciliation process, and deal with things like the Byrd Rule (no additions to the Federal deficit beyond 10 years).

The next question is whether the Democrats will be willing to let the cuts expire in 10 years which will essentially be a sizeable tax increase.

That will depend, of course, on the composition of the Dem party at the time. If it’s the same as now, my guess is that it will hold renewal hostage to an increase of taxation on “the rich”, meaning the upper end of the middle class, since the extremely wealthy will probably still have ways to avoid taxation. As I recall, Hillary Clinton’s definition of “the rich” when it comes to taxation is any individual making more than $200,000. or any couple making more than $250,000.00. Of course, it might then be adjusted for inflation some.

So if we extrapolate, utility rates would be 0 if taxes were eliminated altogether?

That last objection says a great deal about how the media portrays the news. The reason the tax cuts on individuals are only temporary (10 years) is because Republicans couldn’t get any Democrat to support the bill, thus they had to go through the reconciliation process, and deal with things like the Byrd Rule (no additions to the Federal deficit beyond 10 years).

Yeh, just think. If the Democrats had joined in, there would be no limits to how much deficit they could legislate.

That last objection says a great deal about how the media portrays the news. The reason the tax cuts

This is not a revelation; it was reported in the media.

The Republicans would be more than happy to make the individual tax cuts permanent.

They are willing to make such large permanent additions to the deficit? Why not a more responsible approach?

According to estimates from the Council on Foundations, the Tax Cuts and Jobs Act will drain $16 billion to $24 billion from the nonprofit sector every year going forward.

Charitable giving to take a hit from the tax law

With the standard deduction doubled, many middle-income Americans will have little tax incentive to donate

Why charitable giving could slow under proposed tax changes

Individual gifts make up a large portion of charitable giving, but two proposed changes to the tax code could cause the spigot to slow.

My family will realize a healthy cut from the tax bill. And we could build that cut into the 5-figures range by our changing charitable giving in light of changes made in the bill.