What Is The Cause Of Priestly Debauchery?

The entire World is now focused on the unfolding news of Priest’s sexual abuse and Bishop’s cover ups. What should Pope Francis do to change the Culture of Debauchery, and what has caused it in the first place ?

The cause, mans concupiscence provides the tinder gladly lit by the devil.

Im sure our cries of disgust and condemnation will help with the firewalls necessary for containment.

The incessant influence of the evil one - particularly upon those he knows have a preexisting disorder, a deficit of will power, and a love of self which exceeds their love of God. Our Lord sums it up in Luke 9:23.

The cause in the first place is not willing to live the chastity that one promised to live.

Unchastity and homosexuality at least the statistically within the Catholic Church.

Sin, lack of chastity, the Devil - all are part of it. But I am looking for reasons beyond these. Because many of the Priests, and Bishops, surely started out with good hearts and intended to serve God with their entire lives. Something must have happened, a defining moment when they turned into a monster.

The priesthood is to be held in the greatest honor, and we must not believe every story that is told about the clergy especially: Against a priest receive not accusation: but under two or three witnesses. Them that sin (by making accusations against priests), reprove before all: that the rest also may have fear. (1 Timothy 5:19-20)

Also see the fruits that this revenge movement has grown: https://www.ncronline.org/news/accountability/priest-attacked-church-assailant-cited-abuse-scandal 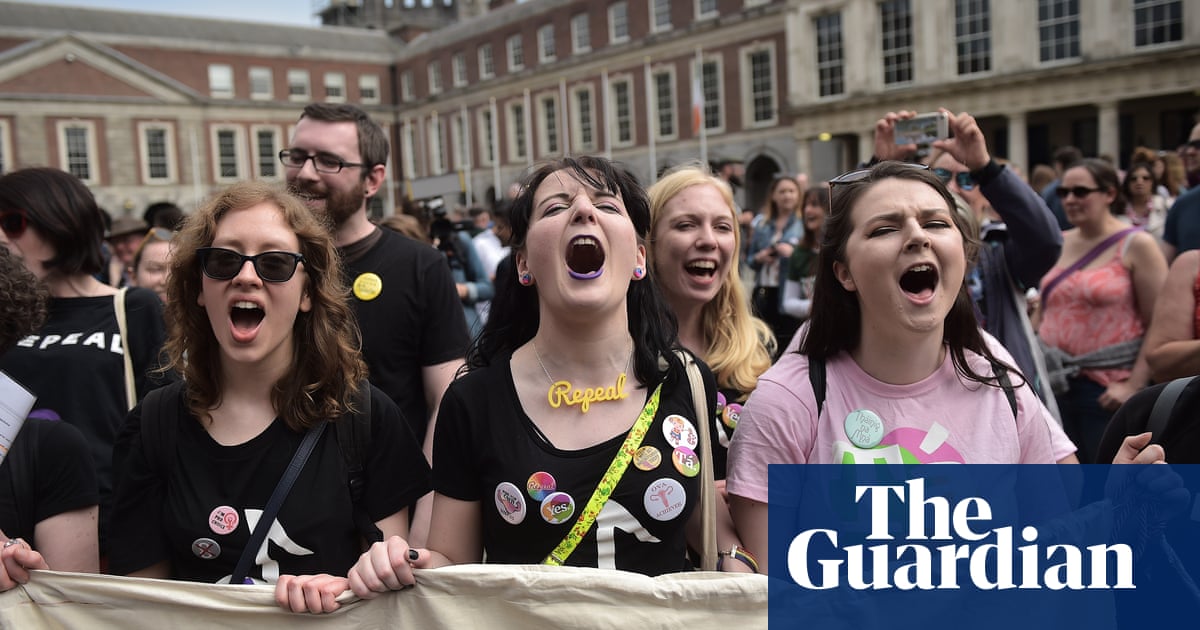 Take ye great heed of false Prophets, which come to you in the clothing of sheep, but inwardly are ravening wolves. By their fruits you shall know them.

Also, remember that most claimed “incidents” happened not now, but many years or decades in the past.

A member of the clergy who did commit a sin (any sin) is explained by the fact that all humans are sinners, and the more someone is united with God (who is goodness) the more they will be pulled to evil.
Sin of church members or clergy also is a proof of the true church:

And he said to his Disciples: It is impossible that scandal should not come: but woe to him by whom they come. Luke 17:1

Priest are human beings with faults, failings and sins like the rest of us. They are called by God for SERVICE in the imitation of Christ to His Church and to those who are in His Church. The cause may be that some few Priests are losing site of their Priestly promises. They are letting worldly things come into their spiritual lives. Possibly not enough time in prayer, penance, service. But I am not judging because they carry a very heavy load and the finger is always pointed at them if something goes wrong in the Church.

I pray for them ALL DAILY from those discerning Priesthood, to Seminarians, to the ordained Priests and those higher up in authority in the Church. They need our prayers and we need them.

I think more accountability and less covering up

The cause? Some people fall victim to the devil.
There are no easier answers about what can be done.
I believe those who have victimized others should pay the price for their treachery.
Is their a culture of debauchery? I think there are a lot of priests who abused other people and some higher ups who covered it up. All should pay a price now. It is between them and God as to what they pay in the after life.
I do wonder sometimes if the Church should consider giving priests the option to marry. I also wonder if women should not be given the option to pursue the priesthood.
We need good men and good women to serve.

I believe it is one of many cyclical evils that Satan and circumstances took advantage of.

For circumstances I do not pretend to know, there have been problems in some of the seminaries which lead to a culture of looking the other way beyond the seminaries. Children (and adults) have been taught to avoid “telling on each other” for trivial matters which leads to hesitation and reluctance to expose serious matters.

We have come to understand scandal to mean losing face for the Church.

Pride, lust, greed. Pretty much all of the seven deadly sins.
Lack of sincere and deep prayer.
Evil companions.
Lack of serious and consistent examining of conscience and confession.
Force of habit.

I have been doing some research into Saint John Vianney -
The Patron Saint of all Parish priests.
Reading books - listening to lectures - movies - DVD items -

My answer would be - the lack of prayer.

‘Lazy good for nothing Priest pray only for one hour a day’ - says Father Rippenger.
A good priest prays 4 hours a day.
And you know how long you pray for - whoever is reading this.

Well, Saint John Vianney - battled with The Devil - all his priesthood life !
He said - if he had known - all the battles - that would ensue - with demonic forces -
before entering - into that town - Ars, France -
he would of died - right there - on the spot.

True but it’s not about quantity but quality.

Seems out of character for him to say this.

In light of the work load in some parishes which includes driving to the sick, hospitals, etc., and some taking care of two parishes, I would find 4 hours a long time, and I love prayer. Hospitals by the time you get your ticket and parking area and then found the right elevator, may take a long time to find the individual. Just a thought. The late AB Sheen, if I’m not mistaken said he prayed an hour a day.

Monster. good word. I used that word myself the other day.

There are three aspects of the current sex abuse scandal.

The Church did not previously discourage homosexuals from entering the seminary. Homosexuality is characterized SOMETIMES by social immaturity, wherein the predator is focusing on children or others who cannot fight back, for whatever reason.

Clericalism is the evil P. Francis says needs to be eliminated in the Church – the abuse of POWER. Priests and bishops abused PEOPLE sexually and FINANCIALLY. Please don’t overlook the BILLIONS that are reported to have been paid to abuse victims. Those who weren’t abused sexually were abused financially.

The bishops lied to U.S Catholics in Dallas in 2002. They exempted themselves from the sexual abuse protocol because they TOLD US that they didn’t have the power to control other bishops, Baloney.

They should have called out the offending bishops and priests FOR THE SAKE OF THE CHURCH. There was nothing stopping them from doing so.

FURTHER, recall that Jesus said, render to Caesar what is Caesar’s, and to God what is God’s. What did the bishops owe to “Caesar?” THERE WAS NOTHING that prevented them from making civil complaints about priests and bishops who were suspected of sexual abuse. BY NOT REPORTING TO CIVIL AUTHORITIES, the other bishops became ACCOMPLICES AFTER THE FACT to those crimes.

homosexuality, clericalism (abuse of power),silence, financial payoffs, cronyism (not turning in their buddy bishop), irresponsibility in not screening candidates for the priesthood – it just goes on and on.

The entire World is now focused on the unfolding news of Priest’s sexual abuse and Bishop’s cover ups. What should Pope Francis do to change the Culture of Debauchery, and what has caused it in the first place ?

What’s probably worse is the debauchery among the laity, most of whom don’t go to mass, don’t follow Church teaching on sexuality, aren’t open to life, and live in sin. And then one wonders why there’s a priest shortage? And then the many who think themselves faithful spending more time criticizing, pointing fingers and accusing, rather than actually doing anything spiritually constructive. It’s not any individual’s fault or responsibility-- it’s everybody’s fault and responsibility. At Fatima the BVM didn’t ask for protests, pointing of fingers and shaking of heads, but rather prayer, sacrifice, reparation and faithfulness to the daily Rosary. Satan is all about causing division and hatred, and it’s what we are seeing in the Church today among Catholics: division. Catholics demanding that the pope resign takes the cake. Prayer and fasting is what Scripture calls for…

For many years and many generations, the priesthood has been a great hiding place for troubled men. Unfortunately, many of these men no doubt knew something was wrong with them. Either they weren’t able to articulate it so they didn’t really know what the problem was, or they did know and (with the best of intentions) thought the priesthood would be a good way to ignore issues and make them go away. They would enter the priesthood, do their best, but the issue didn’t go away. They eventually act out. The Church protected them, and a vicious cycle was born.

My heart really goes out to the majority of priests who don’t fall into the category of priests referenced above. These must be very difficult times for them, indeed. Hopefully, the Church will turn the corner and figure this out. The biggest problem is secrecy and hiding. Sunshine is th best disinfectant.

I will also note that, as an adult, when I learned of the two priests in our parish who had been abusing kids for years, me and my siblings weren’t surprised. Even as little kids, we knew thse guys were creepy. We didn’t know why we thought that, or what it meant, but we definitely knew something was “off” about them. Surley we weren’t the only ones. Not sure how that should be handled…there are probably people with the “creep factor” who aren’t really creepy, but who are just different.

Unfortunately when I was in Nursing School at the University in the 80’s the thought at the time was that pedophilia could be “treated” or “cured” by various therapies. It wasn’t until a few years later the recidivism rate among pedophiles was so high that thought was no longer the norm.

The Catholic Church relied on this research and sent ANYONE to therapy charged with pedophilia, priests included.

Regretfully the Church failed when a priest offended again and was just shuffled off to another parish.

What is the cause?